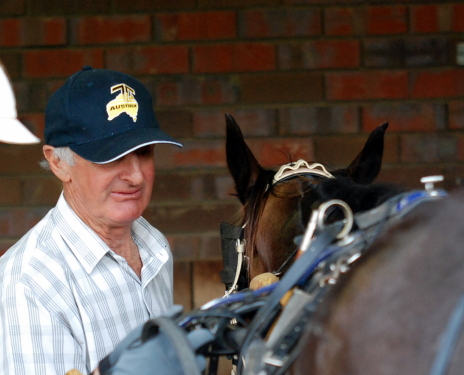 CONNECTIONS of two-year-old filly Carly Seelster are eyeing off some feature races following her impressive win in the Motors Devonport Belmont Stakes over 1680 metres on Sunday night.

Carly Seelster faced the breeze for the entire race but made light of the task to go on and score by almost six metres (untouched) from Guys Delight with Something Devine three metres away third.

It was the Max Hadley-trained filly’s second start but punters were right on the money sending her around as the $1.50 favourite but she won accordingly.

Carly Seelster was driven by Rohan Hadley who had her racing in her comfort zone well off the lead in the one-out line facing the breeze for the first half of the race and he only edged her closer to the leader in the back straight the last time.

When Hadley called on the filly to extend she cruised past the leader and went to the line still under a hold.

“This filly is well bred and I quite like her,” Hadley said.

Carly Seelster is raced by the trainer in partnership with long time stable clients Wayne and Margaret Oliver.

The filly is by Falcon Seelster from Hadley’s former smart race mare Cosmic Ice that won the 2000 Tasmanian Oaks.