Carr makes most of trip to Hobart 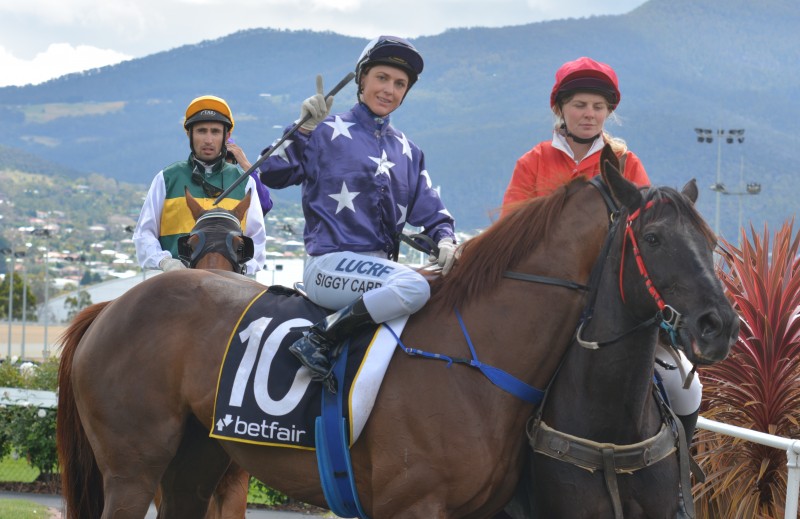 TASMANIAN apprentice Siggy Carr ventured home from Adelaide yesterday for a good book of rides and she ended the 10-race card with a treble and multiple place-getters.

Carr relocated to South Australia last year but she intends to venture back each meeting during the Betfair Tasmanian Summer Racing Carnival.

Carr scored aboard the John Blacker trainer Erin’s Element and Tycoon Gypsy in each of the divisions of the class one handicap over 1200 metres.

She capped the day by winning the Summer Cup aboard Geegees Blackflash.

Her ride aboard Erin’s Element was outstanding.

Her instructions were to allow the three-year-old filly to settle off the speed from a wide gate (12) which she did, and even though the daughter of Shaft was still near last turning for home, Carr never panicked.

She called on the filly for the big effort in the home straight and she responded magnificently to go on and score by almost a length from Geegees Soprano with Manchero hanging on for third and just in advanced of Blacker’s other filly Watch Over Me.

Carr’s ride on Tycoon Gypsy also was a gem, settling the filly midfield on the rails from barrier one. When she needed to extend and get into the race she waited until the run came on the fence, before powering the  filly to an effortless three length win over Princess Royale with Prickly Diamonds rattling home for third.

Blacker ended the day with a treble courtesy of Miss Mars scoring an outstanding all-the-way win in the class two handicap over 1100 metres.

Blacker was delighted with all three winners.

“I’m pleased with the runs of all of my fillies today and three of them will all go to the Magic Millions 3YO Classic in Launceston next month,” Blacker said.

Miss Mars  is not a Magic Millions graduate so her next assignment will be in the Carbine Club 3YO in Hobart on Derby/Bow Mistress day (February 6).