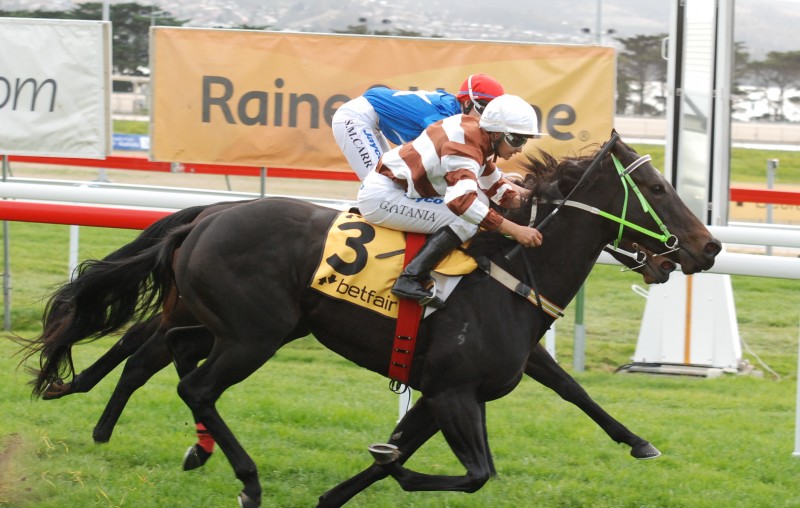 IN-FORM apprentice jockey Georgie Catania will take winning form into her assignment to represent Tasmania in a heat of the National Apprentices Series at Ascot in Perth (WA) tomorrow (Wednesday).

Catania will partner the George Dupre-trained Wotchinyu in race seven (4.35 pm) and the four-year-old mare has decent form in slightly lower grades but she has drawn barrier 11 of 12 at the 1500-metre start.

The talented apprentice snared a double at Tattersall’s Park in Hobart on Sunday.

She guided Royal Equerry to victory in a maiden/class 1 over 2100m for her master Tammy Mollross and she secured the double when she partnered Little River Girl to a narrow victory over Terra Amata in the $20,000 Cable Plus Tas 3YO Autumn Plate over 1100 metres for Brighton trainer John Luttrell.

Royal Equerry has been trying to win a race for some time but on Sunday Catania ensured the five-year-old gelding was saved for one sharp run in the home straight and it paid dividends,

However her ride aboard Little River Girl was more like that of a seasoned professional.

Catania ensured her filly settled just off the speed and when she asked her charge for the supreme effort the daughter of Hemingway cruised alongside the leader Snippetee Bee and hit the front and then staved off a determined challenge from Terra Amata that had a much easier run in the race.

Trainer John Luttrell paid only $2000 for Little River Girl at a dispersal sale in Melbourne and the original owners have been unsuccessful in trying to buy her back for $40,000.