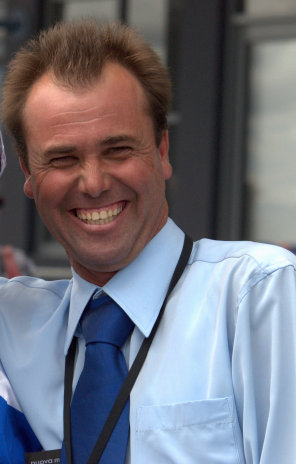 It was the Mark Ganderton-trained gelding’s first win in over a year, although he has been raced sparingly since finishing near last in this race last year.

After finishing 10th of 14 in last year’s Sheffield Cup the six-year-old gelding ran second to Dream Flyer at his next start in the 2012 Devonport Cup, after which he finished a luckless third in the Summer Cup behind Geegees Blackflash.

Ganderton spelled the gelding and he resumed with an eye-catching sixth in the Newmarket handicap over 1200 metres in Launceston five weeks ago, which he followed up with a fast-finishing second in a class four handicap on his home track at Devonport.

Ganderton has been patient with Catwen Boy and he will send him into the Devonport Cup on January 9 at the top of his game.

Catwen Boy was ridden today by Shuji Amano who replaced Stephen Maskiell who suffered a laceration above the eye as a result of A Touch Of Shades throwing its head back just prior to being loaded for the fourth race of the day.

Maskiell was stood down from riding for the remainder of the program.

Amano had Catwen Boy settled near the rear of the field while Makes Cents set a slick tempo.

Makes Cents and Jakcorijim looked set to fight out the finish but Catwen Boy rattled home and had a long head margin on the line.

Ganderton now has the dilemma of handing the Devonport Cup mount to Maskiell or rewarding Amano with the ride given how well he handled the gelding in this race.