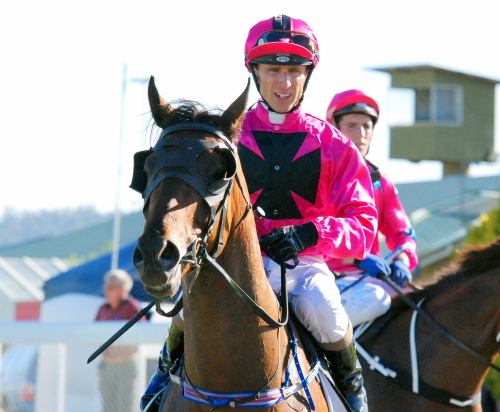 SEVEN MileBeach trainer Tammy Mollross has always believed her four-year-old gelding Certain Shine would develop into a handy galloper but it took until last night at The TOTE Racing Centre in Launceston for him to finally break his maiden status.

With multiple premiership-winning jockey Brendon McCoull aboard Certain Shine staved off all challengers in the home straight to score from Grab That Cat and Sting Like A Bee over 1400 metres.

It was only his seventh start but it had seemed like an eternity for Mollross who finally had her opinion of the horse justified.

Certain Shine had been placed second or third at his four previous outings and while the win came as no surprise Mollross admitted she was starting to think the gelded son of Not A Single Doubt might always stay a maiden.

Listen to what trainer Tammy Mollross had to say about Certain Shine’s win – click here .