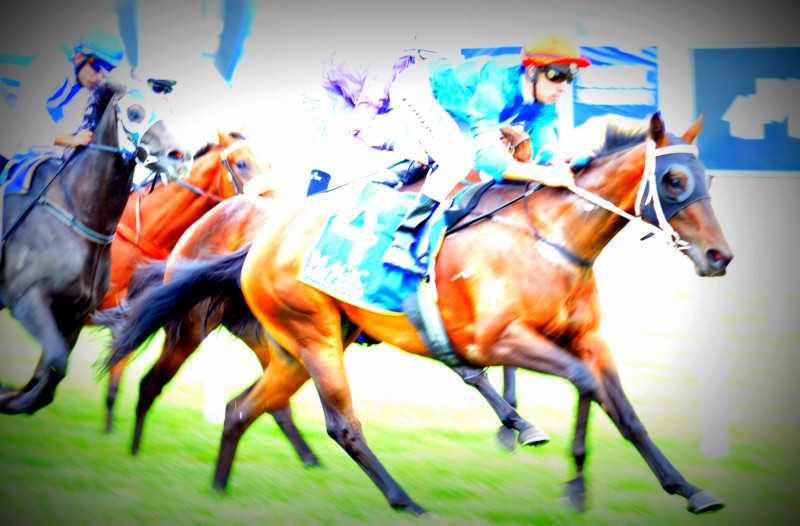 A CHANGE of race schedule by the connections of promising filly Rumeron produced an upset win in the Tasmanian 3YO Magic Millions Classic over 1220 metres at The TOTE Racing Centre in Launceston last night.

Rumeron went into the race with sound form but despite her good recent efforts the Charlie Goggin and Luella Meaburn-trained filly was despised in the market.

With Victorian apprentice Jordan Childs aboard, Rumeron produced a powerful finishing burst to overhaul the leaders close to home and score by a long neck from the Barry Campbell-trained Lustica with her stablemate Just Call Me Fred a half-length astern.

Up until a month ago Rumeron was being set for the Tasmanian Oaks (2100m) but after the filly finished third in a 1400-metre race in Hobart the trainers and managing part-owner Joe O’Neill sat down to discuss their options.

“We decided she would probably not get the Oaks trip so we changed course and this is the result,” O’Neill said.

“Charlie and Luella freshened her up and set her for this race.”

“She will run again here in Launceston on Launceston Cup day (3YO Classic) and then have a break.”

“Charlie says we should head her to the mainland because he believes she is capable of winning a Saturday race in Melbourne or Sydney,” he said.

Rumeron was tried at big odds by her owners and some other astute punters relished the $26 that was offered early in betting but she still started at the juicy price of $18.60.

Childs said the plan to ride the filly beyond midfield was hatched after connections assessed he field.

“There looked to be a lot of speed in the race so it was decided to ride her cold and have the last crack at them,” Childs said.