Changes a boon for novice drivers 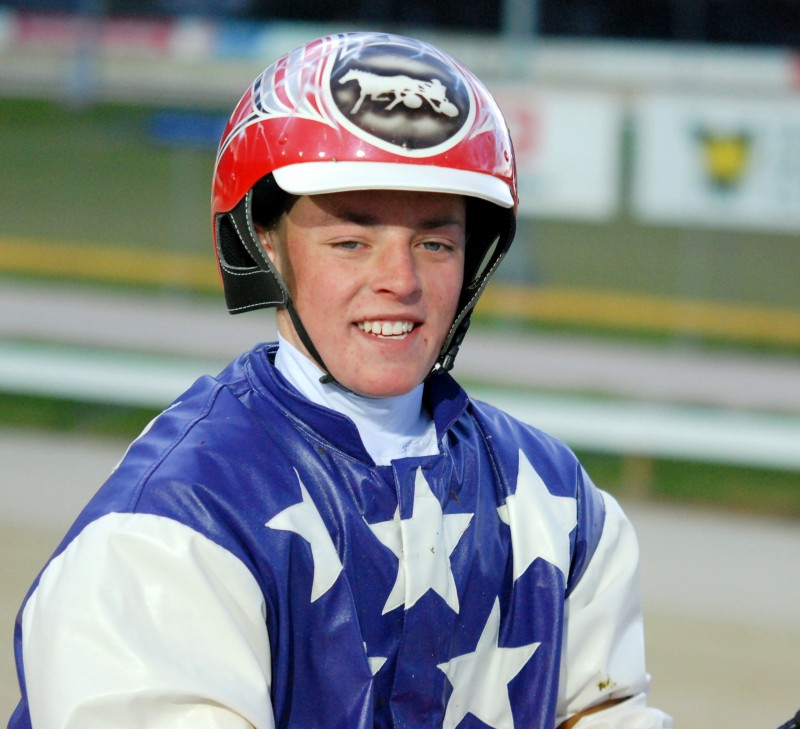 In September 2011, Tasracing introduced changes designed to increase opportunities for claiming novice drivers, who are new drivers that can claim a concession on some horses allowing the horse to drop back in class or be advantaged in the barrier draw.

The concessions remain for five to seven years or until the driver wins 40 races – whichever occurs first.

As a result of the changes, eighteen months later Tasmanian harness racing is enjoying a period of unprecedented growth in the driving ranks.

There were 13 claiming novice drivers in March 2011 and two years later the total is 28. Many of the recently licensed drivers are experiencing “that winning feeling” and the success is being shared by concession drivers of all ages.

Seventeen year old Brighton driver Dylan Ford recently out drove his concession after charging to 40 wins in only 15 months beating the previous records set by Alex Ashwood and Gareth Rattray.

Beauty Point reinsman Troy Hillier, 40, has enjoyed his return to driving after a 15 year break. Originally licensed for two and a half years from 1994 – 1996, Hillier failed to win from a handful of drives but he has utilised a clause which allows claiming novice drivers to have a break from harness racing and still be entitled to the five year concession period.

It is highly likely Hillier will soon become the first claiming novice driver over the age of 23 to reach the 40 wins inside the five year period.

He has driven 30 winners in the last 15 months and appears to be a certainty to reach 40 wins before his concession expires in April 2014.

Stowport trainer/driver Craig Hayes (55) was a late starter in the driving ranks but it may eventuate that he reaches 40 wins in a shorter time period than Troy Hillier.

Hayes started driving in March 2010 and, like Hillier, has 30 wins.

He is due to return to race driving next week after an injury enforced lay off following a fall at the Burnie trials in early February. His concession expires in March 2015.

Fingal trainer/driver Allister Woods (36) will never forget February 2013. Woods was granted his driving licence in December 2011 and heading into the Burnie meeting on 8 February 2013 he was winless after 42 drives.

That changed when he guided Lachie James to victory at Burnie.

He followed up with a training/driving win at Devonport on 24 February when Hezafrenchman won the $8,000 North West Plate Final.

Another member of the Woods clan from Fingal was successful in February. Brady Woods, 17, followed an almost identical path to cousin Allister on the way to his first race win.

Brady was also licensed in December 2011 and had not tasted success for 44 drives prior to the win of Fierce Turbulence at Carrick on 16 February 2013.

Tim commenced driving in July 2012 and had to wait for 51 drives before greeting the judge at the head of the field.

Broadmarsh teenager Matthew Howlett, 16, won his first race in January but went to another level at Hobart on 25 February.

He drove a double from his only two drives courtesy of Guerrero and Jilliby Rio and last Sunday night he partnered Guerrero to another impressive win.

Howlett is displaying above average potential. He was licensed in November 2012 and 19 subsequent drives have produced four wins and six minor placings.

Seven MileBeach trainer/driver Zeke Slater (26) has made the most of his last three months with a concession claim. He has driven six winners for a career total of 24. His concession ends this week (March 7).

Beaconsfield’s Damien Spring, 27, took his tally of winners to 26 after Call The Marshall won at Devonport on 24 February and in Launceston on Monday night he extended that tally when he guided Break Of Nite to victory at Mowbray.

Spring is now engaged in a race against time as he attempts to reach 40 wins before his concession expires in September this year.