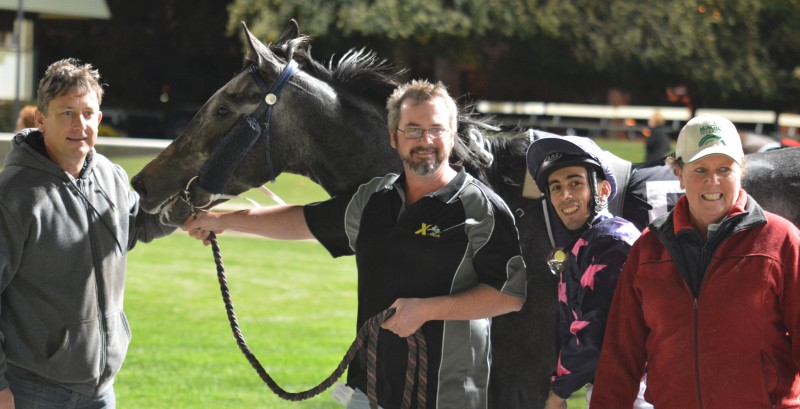 Outsider Another Charlee gave first time racehorse owner Michael Maher his first winner when the mare led throughout to score an impressive victory in a maiden over 1200 metres.

Another Charlee was backed in from $21 to $16 late in betting and with apprentice Mehmet Ulucinar in the saddle the four-year-old mare showed brilliant early speed to lead while rank outsider Holy Tony settled second with the well-backed Upon Reflection a handy third after travelling 300 metres.

Another Charlee kicked clear turning for home and with nothing able to make ground from beyond midfield, she careered away from her rivals to hold a commanding margin over Holy Tony on the line with Upon Reflection hanging on for third ahead  of the odds-on favourite Like Alulu ($1.90.

Maher was thrilled with the win and said he hoped it wasn’t her last.

Trainer  Di Ray-Luttrell explained that the mare was named after Maher’s four-year-old son Charlie who dies from leukaemia only days before Another Charlee was born so when Maher and his family decided to take an interest in a racehorse Ray-Luttrell suggested the then filly be named in Charlie’s honour.

Listen to what trainer Di Ray-Luttrell had to say to tasracing.com.au’s Peter Staples after Another Charleee won her maiden.