Chi Gong to race at Flemington on Melbourne Cup day 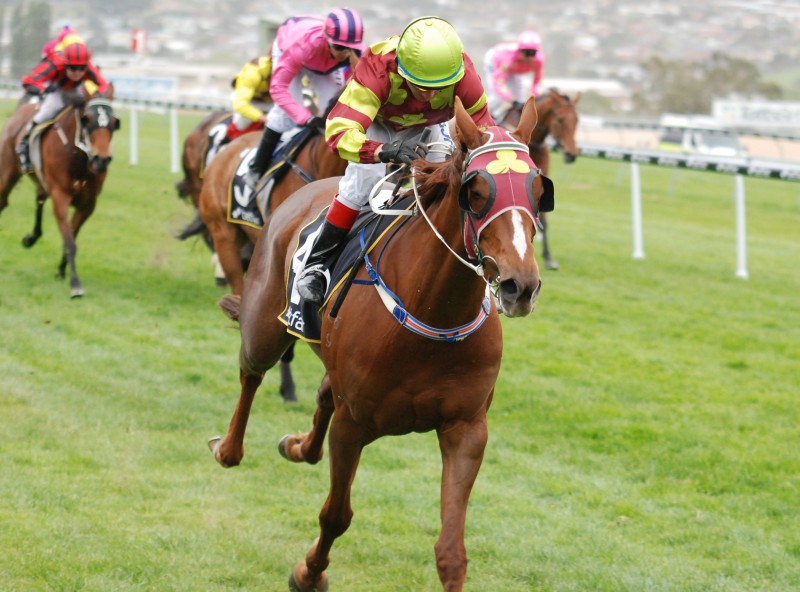 IN-FORM Tasmanian mare Chi Gong is likely to have her next start in a mares’ race over 1700 metres at Flemington in Melbourne Cup day.

The John Keys-trained mare has won at her first two starts this time in on the Hobart track and it was after she was so impressive in winning a benchmark 72 race over 1600 metres last Saturday that he started to make transport arrangements for the interstate trip.

“This mare deserves the chance to win a race in Melbourne and what better day to try and achieve that goal than Melbourne Cup day,” Keys said.

“One of the mare’s owners Ian Grossberg from Sydney suggested the race at Flemington some time back and he is thrilled that it has come to fruition at a time when the mare is in top form.”

“Her first-up win in Hobart was terrific but the way she won last Saturday suggests she will be very competitive at Flemington,” he said.

Keys has always had a big opinion of Chi Gong and so far she has lived up to expectations winning five of only 12 starts along with two minor placings for $50,000 in stakes.

“I bought this mare at the Magic Millions Yearling Sale on the Gold Coast and she was a very cheap buy,” Keys said.

“I had three looks at her before she went into the sale ring but I was convinced she would be too expensive because her year younger half sister by Stratum sold for $250,000 the previous year after being sold as a weanling for $40,000.”

“I went back to the stalls to check on her after the sale and told the fellow there that I wanted to make sure she still had four legs because I thought she was such a bargain buy,” Keys said.

Chi Gong is by Henny Hughes from the Last Tycoon mare Queen of Fashion that has produced four foals and all are multiple winners.

“When I saw this filly was by Henny Hughes I was especially keen to get her because the sire was a champion horse on the dirt in the USA so I reasoned that she might be a good horse for our synthetic track at Devonport.”

“She has only had one start on the Devonport rack for a fifth but the Devonport Cup might be a nice race for her if she can prove herself on that surface,” he said.

Chi Gong will be flown to Melbourne on Thursday night and will be stabled at Keys’ brother Ken’s stables at Cranbourne.

“After the mare’s win last Saturday I left the mare with my daughter Tegan (Keys) who trains at Seven Mile Beach which is close to the Hobart Airport,” he said.