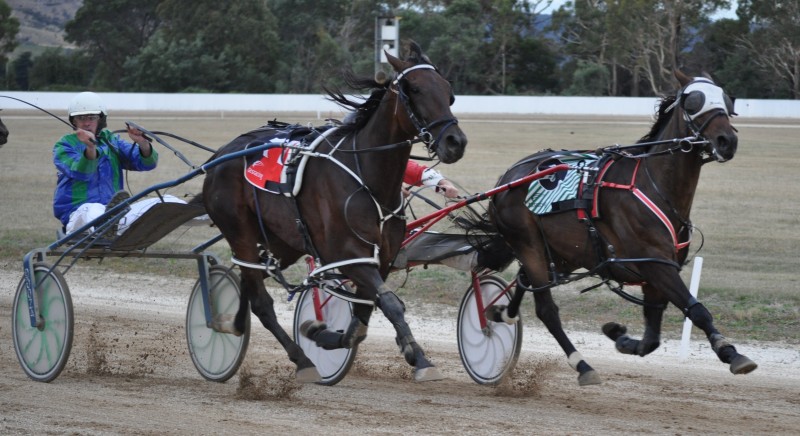 UNDERRATED pacer Ciskei powered his way to an impressive win in the Carrick Cup to make it back-to-back wins in the feature race for premier trainer Barrie Rattray.

With trainer’s son Todd in the sulky, Ciskei began brilliantly from the standing start to settle outside of the leader and when Gareth Rattray sent his charge Driller Mac around the field to attack for the lead about 1600m out, Todd Rattray urged Ciskei forward tom assume control in front and the pair matched motors to the home turn.

Ciskei kicked clear and had enough in reserve to stave off a powerful finish from Whisper Jet (Zeke Slater) to defeat that horse by a nose with the well backed Vande Velde (Christian Salter) a head away third.

It was a popular win as Ciskei was well backed to win the New Norfolk Cup on Australia Day but he broke gait at a crucial stage of the race that may have cost him victory.

“He was jogging going down the back straight when I think he got onto his bumpers and broke.”

“But the Carrick Cup was always his main aim so it’s mission accomplished,” he said.

It was the trainer second success in as many years having won the 2014 edition with Devendra that went on to win the Devonport Cup.

Devendra eventually made his way to the James Rattray stable in NSW where he performed brilliantly winning multiple races at Menangle and while Barrie is hopeful that might  happen with Ciskei, he isn’t counting on it.