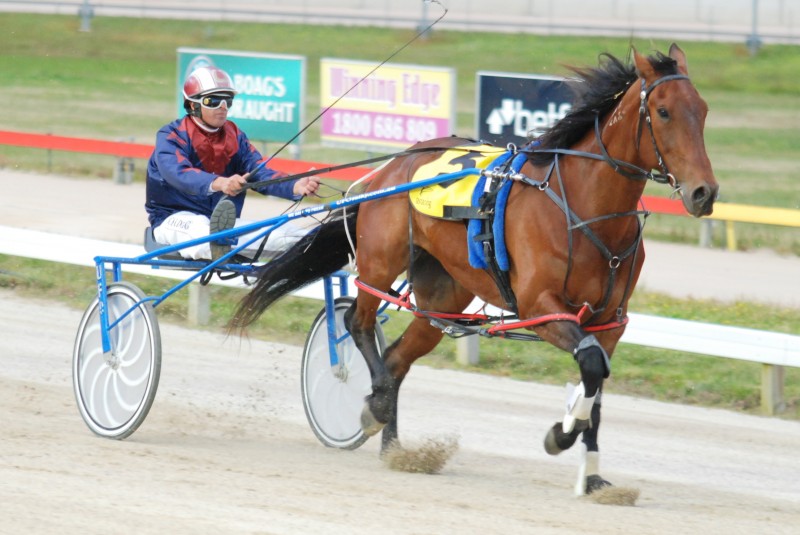 The $20,000 City of Launceston Cup, the traditional lead up to the $40,000 Tasmanian Cup (Hobart 21 December), is the highlight of the nine race card at Launceston tonight (Sundsay).

It shapes as the most open version of the race in years.

The Juanita McKenzie-trained stablemates Remember Joe (9) and Our Chain of Command (12) are recent mobile start winners, while Blue Pointer (8) is having his first attempt in open company.

The Zeke Slater-trained Run Ripalong (3) and Giuliani (10) have raced well at Melton over the last three weeks and Call The Marshall (5) is having his second start after a long injury related spell but must still be considered a winning chance.

Truly Blissfull (4) ran a huge race at Launceston a fortnight back while Riverboat Jasper (2) and the mare Tessanzo (11) can never be ignored and rate at least place hopes if they get favourable runs during the race.

The Majority (1) and Outback Mach (6) have both had interesting lead ups to this race.

The Majority won three in succession in Tasmania in September before four starts in three different states in October and November.

The Majority is now trained in Victoria by Paul Grech and the 5YO gelding can win if he repeats his excellent second to Guaranteed in the $50,000 Melton Plate on 4 October.

Outback Mach probably has the most unconventional background of the 12 starters. The 8YO Mach Three – Ashlee Jane gelding has a record of 18 starts for nine wins and six minor placings across an injury interrupted career.

He made it to the racetrack as a 4YO and won four of his eight Tasmanian starts. The next season he won five and was placed four times in nine Victorian starts with all four placings in $15,000 – $20,000 races at Melton.

The next two years and nine months have been frustrating for connections with only one start for a Melton fifth placing in September this year. Outbach Mach was a close second to Grizz Wylie at the Carrick trials on 22 November.