Classic finals light on but full of talent 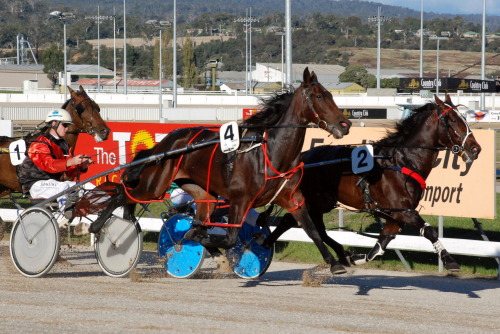 THE Tasmanian Pacing Club will be disappointed with the field sizes for the two $20,000 Tasmanian Yearling Sale Classic races at Tattersall’s Park in Hobart on Sunday night.

The races are for graduates of last seasons Tasmania Yearling Sale and while many of the other feature juvenile races have been laden with talent, numbers have fallen away dramatically, leaving a considerable dent in the state’s 2YO stocks.

The fillies’ final comprises six runners while the colts and geldings’ edition boasts only five but those that have accepted will make for some keen racing action.

The Max Hadley-trained Lilly Darking is sure to start favourite to take out the fillies’ final after drawing the pole position.

Lilly Darling has won two of her only three starts including an impressive victory in her Classic series heat.

Daisy Adele from the Andrew Arnott stable has been placed at her past two outings and warrants respect, along with Imperial Majesty, that has been racing against top company and the Phillip Ford-trained Stone Skipper that has placed second at her only attempt.

While the colts and geldings’ final has only five starters it is a wide open race.

Saloon In Sight won on debut but failed to flatter at two subsequent assignments while Chasing Pirates won first-up at New Norfolk and has since finished no further back than fourth in three subsequent outings.

The Christian Salter-trained Iden Noshot scored an impressive first-up win in Launceston last Sunday night and goes into the race high on confidences while prolific placegetter Karalta Wizard has notched four seconds and a third fro her past five starts and is arguably due for a change of luck.