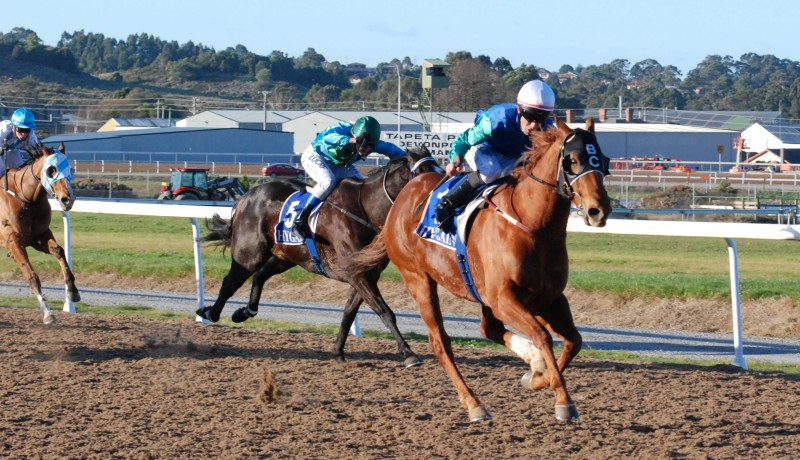 WHEN Tasmanian Hall of Fame trainer Barry Campbell flicked through the racing calendar to find suitable races for his talented sprinter Innocent Gamble he found an ideal first-up target on his home track at Spreyton.

The plan was realised on Sunday when Innocent Gamble gave his rivals a galloping lesson in the $20,000 Tapeta Sprint Prelude over 1000 metres.

With stable apprentice Ismail Toker aiming for his sixth win on the gelding he had his charge settled behind the leader Jypsiere and when they turned for home Toker asked for an effort and the gelded son of Elvstroem forged clear.

Innocent Gamble went on to defeat the fast-finishing Minute Repeater by over four lengths with Jypsiere hanging on for third almost a length astern.

“He is a different horse here on the synthetic track and that’s why our decision to bring him back to racing at this time of the year was made easy,” Campbell said.

“He can’t go a yard on wet tracks on grass and for some reason he just isn’t suited to Launceston.”

“So when they framed five meetings in succession on his home track during August it was a no brainer where he’d start off this campaign,” he said.

Innocent Gamble had not won a race for 2-1/2 years when he arrived in Campbell’s sables early last year.

The gelding won a Blue Diamond preview at two and was being hailed a future star but when his form waned his owners opted to send him to Tasmania.

“He has been a good acquisition to the stable and he can keep on winning over here.”

“He will be very hard to beat in the final of this series in a fortnight and he will appreciate stepping up in distance (to 1150m),” he said.