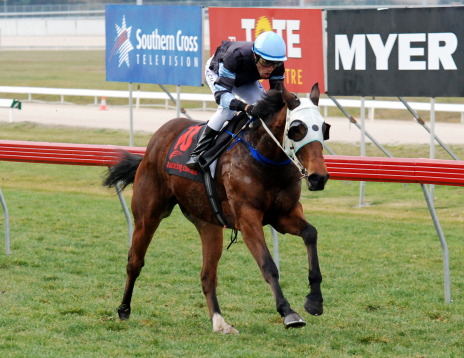 The Cleaner is heading for a ‘clean sweep’ in the 2100m ‘TOTE Tasmania Benchmark 68 Handicap’ at The TOTE Racing Centre today. The promising stayer trained by Mick Burles of Longford is trying to win three on end and his last start winning margin suggests the rise in grade is within his scope.

The Cleaner is an exciting front running stayer and with natural pace in the race today could get a sit in running and make a lighter job of it than last start where he did all the hard work in front.

With in form apprentice Jacques Luxe aboard (apprenticed to Vicki Rhind), today will be a good test for the gelding, described by his trainer as a ‘late bloomer’.

The Cleaner was purchased by Mick Burles at the Magic Millions Yearling Sale and is out of Dash of Scotch by Savoire Vivre.