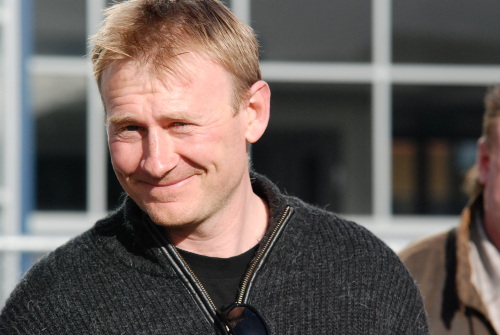 ONE of Tasmania’s top thoroughbred trainers Jason Clifford will relocate his operation to Victoria after the upcoming AAMI Tasmanian Summer Racing Carnival.

Clifford, who has one of the best strike rates in the state, has opted to move to Geelong in Victoria where he has signed on for stables that will accommodate 17 horses.

He has been training with much success at Seven Mile Beach and he sits equal second on this season’s trainer’s premiership table with 17 winners from only 68 starters for a strike rate of 25%.

“I have been thinking long and hard about making a move for some time so it’s not just a spur of the moment thing,” Clifford said.

“I will stay in Tassie until the end of the summer carnival but I’ve already committed to the Geelong stables and I’ll be getting everything organised over the next two months,” he said.

Listen to what Jason Clifford had to say about his move – click here .