Clifford retires on a high 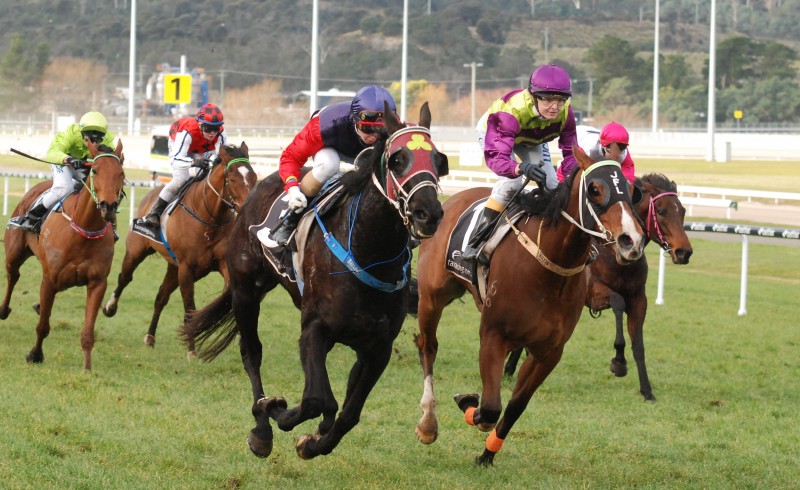 The significance of the win was revealed post race when Clifford announced he would not be renewing his trainer’s licence after only 11 years in the game.

When Clifford prepared Our Dashing Dane to win the 2005 Hobart Cup in only his second season as a trainer he was convinced that his life as a carpenter-joiner and glazier was definitely a thing of the past.

He forged ahead building his team at Seven Mile Beach where he prepared enough winners each season to be in the top five on the trainer’s premiership and boasted one of the best strike rates in the game.

Intent on seeing how far he could take his gift with equines he moved to Victoria in 2011 where he established stables at Geelong.

Sadly he was unable to secure enough new owners to survive and when his stable stars Loaded Owners and Prince Obama lost form he had little option but to return home with his tail between his legs, so to speak.

His new goal was to try and reestablish his training operation in his home state but after a year of trying to work his way back into the system he has opted to pursue other career paths.

“I had a magnificent run for a while and moving to Victoria proved to be a bad move but at least I had a crack and didn’t spend my time just talking about it like many others,” Clifford said.

“I was rapt that Prince Obama was my last winner because he has been a good horse to me and he is owned by people who I regard as friends,” he said.

Clifford, 41, wants to become a teacher so he has taken steps to secure his certificate four that will enable him to teach carpentry and glazing at TAFE and he has enrolled at the University of Tasmania where from next year he will spend four years to secure a Bachelor of Education degree.

“I have a clear view now of what I want to do with the rest of my life so I have made moves to get the appropriate education to achieve that goal,” he said.

Going back to university might seem a bold move for a 41-year-old but Clifford has never backed away from a challenge.

Clifford had his share of success during his 11 year tenure as a racehorse trainer.

“I got into a game that I knew nothing about but I went a long way and I definitely have no regrets about becoming involved in racing,” he said.

“I was very competitive when I played sport and I knew how to win so I guess I just carried that into horse training.”

“In the early days I relied on help from fellow trainers and they were all great to me and that’s one of the best things about racing – they look after their own,” he said.

Our Dashing Dane gave Clifford a dream start winning the $200,000 Group 3 Hobart Cup less than a year after he acquired his trainer’s licence and his percentage of the $135,000 prizemoney gave him a bank to invest in more horses at the yearling sales.

“I remember when I took Our Dashing Dane to the training track at Brighton and I asked Brendon McCoull to gallop him and he (McCoull) said yes, provided he could ride him in a race.”

“That was the beginning of a long and successful relationship with Brendon.”

“I told Brendon that I would win a Hobart Cup with Our Dashing Dane and I know he wandered off and had a big laugh to himself but I had the last laugh,” he said.

With a Hobart Cup in the bag, Clifford attracted new owners and secured some good horses.

“I had some great owners whom I am still friends with today including Alan Parsons and Deb Fehlberg who owned Matinello and Milochello and they won 21 races between them for about $250,000 in stakes.”

“Forbidden Quest was a real good horse and he impressed one day at Flemington winning with Darren Gauci aboard and at big odds so the owners cleaned up.”

“Loaded Owners is probably the best sprinter I laid my hands on and while he is a nine-year-old he might still win a race or two in the care of Dave and Scott Brunton.”

“Prince Obama probably never got to realise his full potential but he ran third to Whobegotyou in a Group 2 race at Flemington.”

“Some people thought I was crazy running him at that level but I knew he had the ability and just needed things to go his way in the race and he almost pulled it off.”

“Prince Obama is owned by the Merdivenci brothers (Nyal and Mustafa) and they also became good friends.”

“Prince Obama is a bit special to me so it was probably appropriate that he gave me a winner as my very last runner as a trainer,” he said.