Clifford returns for all the right reasons 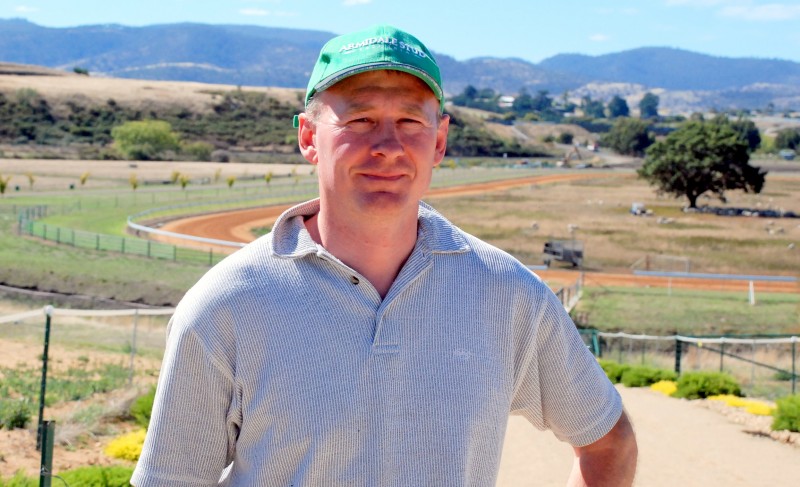 FORMER top Tasmanian trainer Jason Clifford has spent the past two years trying to make a fist of it in Victoria and while he found his share of success it was a pining for his son that has drawn him back to his home state.

Clifford is a family man at heart and while his move to Victoria ended his relationship with his partner that led to a detachment from his son, he carried on training at Geelong where he was becoming established as a respected mentor.

But spending the odd week here and there with his son was inadequate so he decided to forego his dream and move back to Tasmania.

“I learned a lot during my time in Victoria and had I had the desire I could have eventually made a go of it,” Clifford said.

“But at the end of the day I want to see my son grow up and he is 11 and at an age where he is going to need me around.”

“I love being around him so I’m back and ready to start again,” he said.

Clifford, who celebrates his 40th birthday today, has landed on his feet from the outset as he has struck a deal with prominent thoroughbred owner Dudley Clark to train from his brilliant training complex at Brighton.

“This training set-up is as good as you could get anywhere in Tassie and you would probably struggle to find anything quite as good in country Victoria for that matter.”

“Dudley and I shook hands on the deal, pretty much as soon as I laid eyes on the place.”

“I will train Dudley’s horses and as many of mine as I like,” he said.

The training complex boasts 22 day yards with shelters and six inside stables as well as spelling paddocks.

But the centre piece is a 1600-metre sand base training track as well as a fully irrigated grass track that will be christened next week.

“The environment for horses at these stables is unbelievable.”

“It’s so peaceful and my horses will absolutely love being here,” he said.

Clifford has only been training professionally for nine years but he had a dream start to his career by preparing Our Dashing Dane to win the 2005 Hobart Cup in his first year in the game.

When he left Tasmania in 2011 he was in the top four on the trainer’s premiership and had one of the best strike rates in the state.

“When I left the state to give it a go on the mainland I knew it was going to be a big learning curve.”

“I encountered some strange people along the way but I also learned a lot from some very astute horsemen and that has helped me grow as a trainer and as a person,” he said.

When Clifford relocated to Geelong he had some handy gallopers including Loaded Owners, Prince Obama and Delighted Owners and all performed well and that made pundits sit up and take notice of the former glazier from The Huon.

At one stage a top Victorian trainer approached Clifford about forming a training partnership but it never eventuated.

“There was an opportunity a while back to team up with a big name Victorian trainer but probably the less said about that the better,” he said.

Every trainer hopes to have a Group horse find its way into the stable and Clifford had high hopes for Our Lucky Rain that was backed off the map on debut and won before heading to Flemington where he was a luckless fifth against good quality opposition in July last year.

“Our Lucky Rain showed enormous potential but unfortunately he strained a tendon and had to be sent out for a decent spell.”

“However, the horse has been back in work for six weeks and he is coming along nicely, so if he stands up to a full preparation he will just win his way through the classes here in Tassie,” he said.

Clifford expects to saddle up his first runners in Tasmania for two years in about a month.

“I’ve got a few horses that have been in work for about two months and a couple for a bit longer so I would think I’ll have runners here in Tassie towards the end of April,” he said.