Clock turned back at Carrick 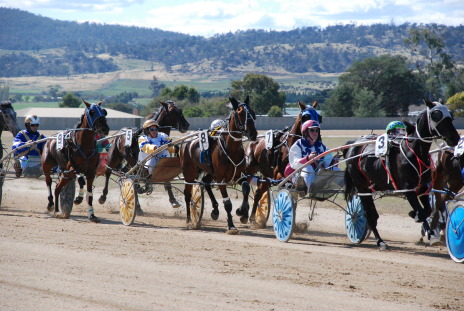 TODAY’S harness racing meeting at Carrick will not only mark the beginning of the summer racing season but it also will turn back the clock many decades.

It was been a while since a harness meeting in Tasmania has been run with only on-course Tote facilities and no radio broadcast.

There have been plenty of non-Sky meetings held in Tasmania since the advent of Sky coverage but this season radio TAB will not broadcast any meeting that is not supported by Sky Channel coverage.

This means the only way someone can watch, listen to and bet on the races at Carrick is to be on course.

It is Tattsbet policy to offer full tote facilities to only meetings that provide Sky coverage.

“We need to remind punters that the only way to listen to races at Carrick and on King island and to be on those races is to be on course,” said TOTE Tasmania (Tattsbet) general manager Bruce Houston.

“This will continue for all non-Sky meetings in Tasmania over the summer period,” he said.

Despite the lack of statewide coverage the Carrick Pacing Club is confident of a big crowd at the club’s opening meeting of the season that boasts seven races with the first scheduled to start at 5.12 pm and the last at 7.52 pm.