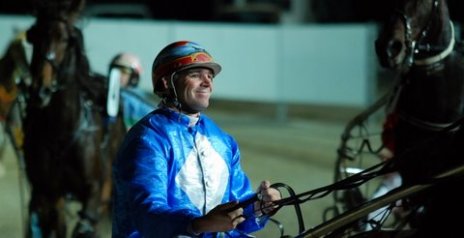 Tasmanian filly Cloudy Delight has qualified for the $312,000 Australasian Breeders Crown Final (2YO Fillies) at Melton on Sunday afternoon. The race is the premier event each season for two year old fillies from Australia and New Zealand and is part of a ten race card which includes nine Breeders Crown finals.

Cloudy Delight ($24.00) raced in a semi final at Melton on Friday night (12 August) and was driven a treat by her trainer driver Christian Salter. She sat in the prized one x one position until the home straight when she burst clear and was being declared the winner. However, Shake It Mama charged at Cloudy Delight late and got the verdict by a short half head.

Cloudy Delight is having a remarkable season with six wins and two seconds from eight starts. In the final on Sunday afternoon, she has drawn well in barrier three with the likely favourite, the New Zealand filly Cowgirls N Indians, starting from barrier two on the second line.

Another Tasmanian pacer, Punt Road Disco, is first emergency for the $312,000 2YO Colts and Geldings final, after getting out wide and flashing home to finish an unlucky sixth in the semi final.

Punt Road Disco and Cloudy Delight were bred by Marlene and Noel Salter. If both horses start in the finals on Sunday, they will increase the number of Tasbred horses in Breeders Crown finals to eight over the last four years. Villagem has raced in two finals and is the only winner.

Another Tasmanian trained horse, Turnpike Cruiser, finished eight in a three year old colts and geldings semi final. New Zealand bred, and trained at Westbury by Michael Laugher, Turnpike Cruiser was unlucky not to finish closer. He will start in a consolation of the Breeders Crown Series at Melton on Thursday afternoon.

Details on all Tasmanian acceptors at Melton over the Breeders Crown series are: