Colonial Coaster tunes up for first 2YO race 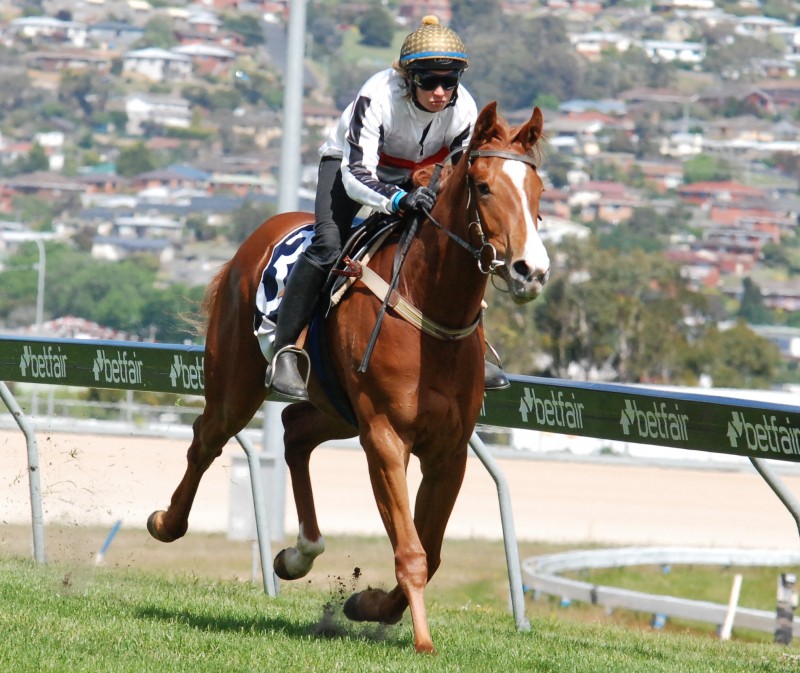 WELL bred two-year-old Colonial Coaster (Street Boss-Art in Motion) could not have been less impressive when she stepped out in a trial in Hobart at the end of last month finishing last of seven beaten almost 20 lengths.

But today (11 days later) she showed her true colours by scoring a very impressive win in a 900-metre trial, leading throughout to score by over two lengths without being fully extended by rider Rhonda Mangan.

The Gary White-trained filly was bred by Norm Blackburn who races the filly in partnership with family members and friends.

White has her nominated for the first 2YO race of the season in Hobart on Sunday, the Debutante, over 900 metres.

The race has attracted 14 nominations but the field capacity is 12 with five emergencies.

“At her first trial two weeks ago she jumped then propped and appeared to be timid around the other horses so I took the blinkers off her and gave her a jump-out at Brighton last Saturday morning with Royston Carr aboard,” White said.

“Royston had a bit of trouble holding her up and he said she would definitely improve a lot on what she did in her last trial and he was right.”

“I will wait and see how she pulls up from this trial before making a final decision on running her on Sunday but from what I’ve seen today I would be keen to send her around,” White said.

Horses nominated for the race that performed well in Longford trials last week are: Siorca and Specialist from the Barry Campbell stable, the John Blacker-trained Strathalbyn and the Troy Blacker-trained Bella Abati.