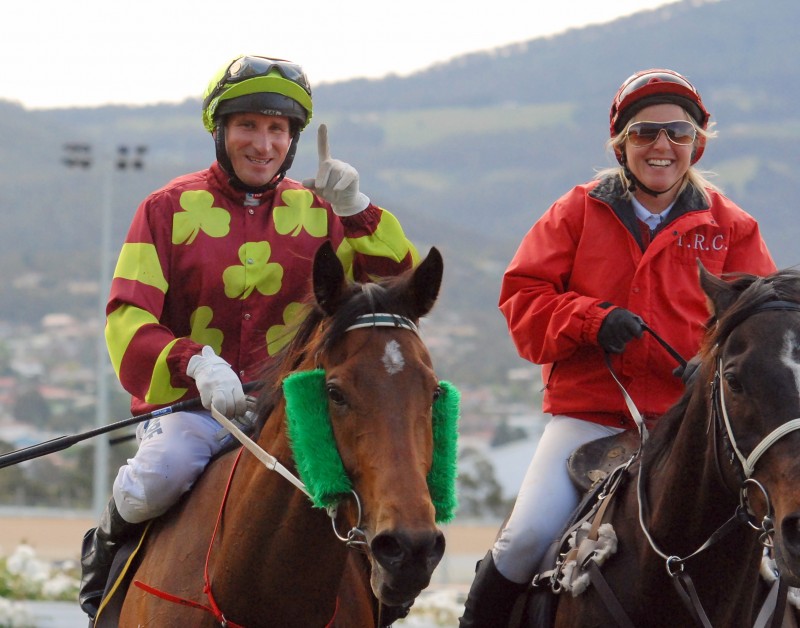 LAST season trainer Tegan Keys predicted a bright future for Col’s Hero despite the gelding being unplaced at his only two starts as a two-year-old.

Her father John Keys, also a part-owner, opted to send the gelding to Tegan to prepare at Seven Mile Beach and the training environment has taken the gelded son of Kaphero to another level.

Tegan presented Col’s Hero at the races for the first time this season in a maiden in Launceston where he finished a game second behind Just Call Me Fred that proved the form good by going on to win at his subsequent outing.

Col’s Hero then broke his maiden status in Hobart at the Melbourne Cup day meeting against modest opposition but was showing signs of living up to his trainer’s prediction.

But last Sunday at Tattersall’s Park in Hobart he delivered the goods again, only this time it was against a strong class one field (1100m) that is bound to produce many future winners.

Col’s Hero was allowed to settle back in the field with Victorian jockey Lincoln Coffey aboard.

When Coffey called on the three-year-old to sprint he unleashed in the home straight and went on to score by  2-1/2 lengths from race leader Our Lucky Girl with Strictly Romance rattling home to grab third about two lengths astern.

“I am so thrilled with how this horse has come on this time in and who knows far he can go,” Keys said.

“He is really switched on and he is getting better with each run.”

“We will probably go to the 3YO Vase here (Tattersall’s Park) in a fortnight and then on to the 3YO Cup,” she said.