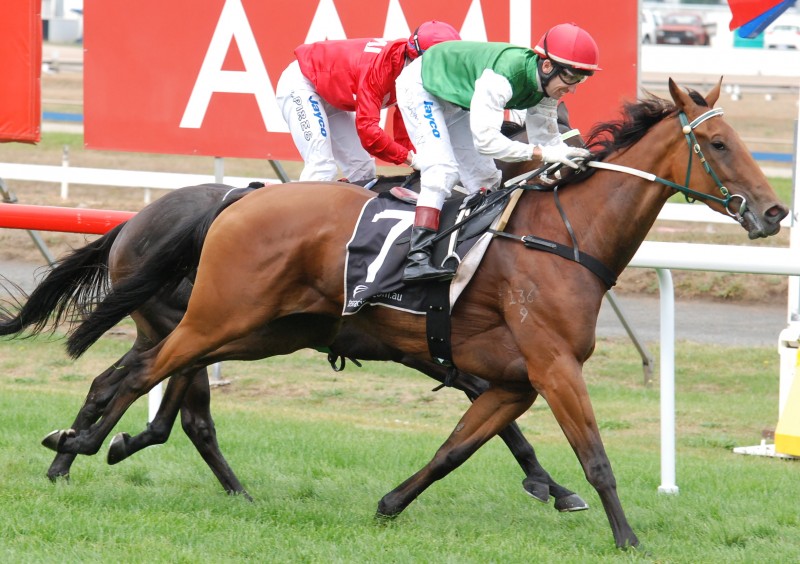 COME FOLLOW ME is a filly with a bright future and she made everyone who saw her win in Launceston on Wednesday sit up and take notice.

In a small but elite field of seven in the $50,000 Veolia Environmental Services 3YO Classic (1200m) she made her rivals look ordinary as she ploughed through the slow seven-rated surface to score an emphatic win over Little River Girl and Royal Rapture.

The David and Scott Brunton-trained filly was one of three runners the stable had in the race that originally boasted eight starters.

Minute Repeater dumped his jockey Jason Maskiell on the way to the barrier and it took about 10 minutes for him to be recaptured but he was subsequently withdrawn from the race.

The Bruntons also had the easing favourite Streetwise Savoire in the race but he proved to be a duffer in the wet and finished well back.

But nothing can be taken away from the brilliance of Come Follow Me ($10) that ran on powerfully to overhaul race leader Little River Girl with the winner’s stablemate Royal Rapture making ground late to grab third.

Co-trainer Scott Brunton said he was not surprised by the filly’s win.

“We have taken our time with her and it is starting to pay dividends.”

“We might have a look for a suitable mid-week race for her in Melbourne – I think she’s good enough,” he said.