Conquering back to best at weight-for-age 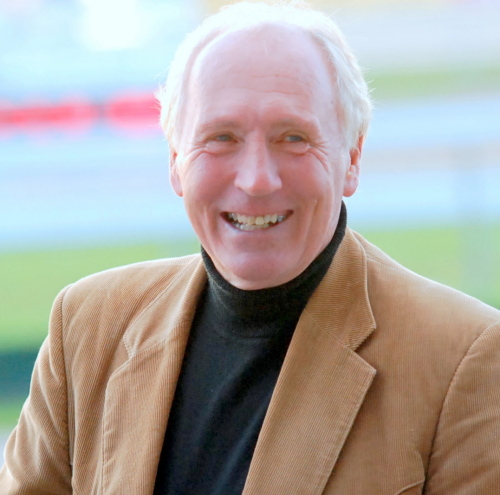 VETERAN campaigner Conquering returned to his brilliant best to score a courageous win in the PFD Foodservices Weight-For-Age over 1400 metres under lights in Launceston last night (Thursday).

Conquering had not won in Tasmania since dead-heating with Lyell in the same race almost a year ago to the day.

It was a welcome return to form for the former Tasmanian horse of the year and a win that delighted his trainer Charlie Goggin.

“The horse has been well in himself for some time but back to the weight-for-age scale and out to a more suitable distance (1400m) gave him a genuine wining chance,” Goggin said.

“He was racing like this when he strung a few wins together two seasons back, so you’d have to say his immediate future looks bright,” he said.

Conquering was allowed to cruise wide by rider Stephen Maskiell early in the race but as soon as the field had encountered the first turn he allowed the eight-year-old gelding to move up and race outside of the leader Zellarcy.

When Maskiell called on the old warhorse for the big effort in the straight he responded by kicking two lengths clear.

About 150m out they started to charge at him but the gelding dug deep and went on to defeat the fast-finishing Dream Pedlar by 1-1/2 lengths with Lyell only a nose astern.

“He’s a real fighter, as he showed tonight and I’m always rapt to be on him,” Maskiell said.

“Every jockey wants to ride a good horse and Conquering has proven to be just that time and again,” he said.

Maskiell was confident of winning the race but he had a few anxious moments in the home straight.

“On the corner and in the straight I thought for a fleeting moment that they might be going to run over the top of him but he just showed his fighting spirit and that was enough to win the race,” he said.

Goggin said Conquering would more than likely have his next start in the weight-for-age Kevin Sharkie Tasmania Stakes over 1600 metres in Hobart on December 19.