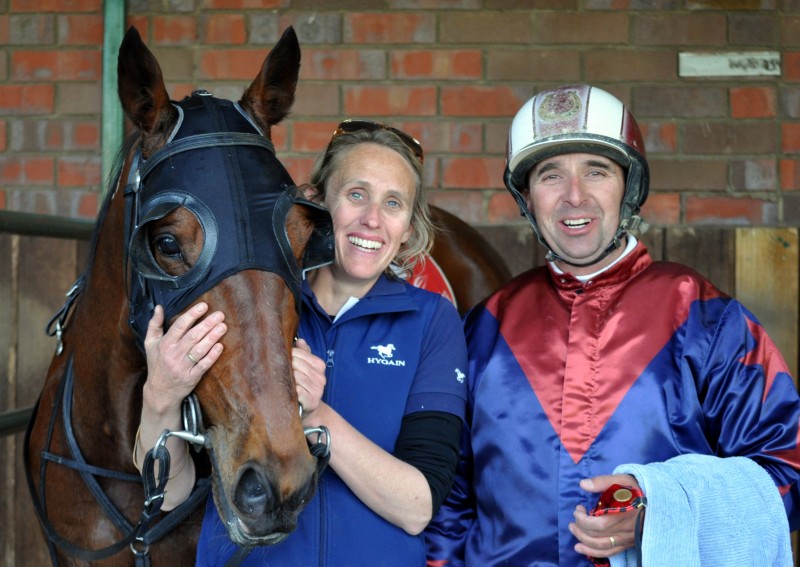 PROMISING four-year-old pacer Major Callum will be aimed at some of the country cups around Christmas-New Year following his impressive win at his first attempt at a standing start in Launceston on Sunday night.

Prospect to the home turn he powered home to score impressively from Heza Prospect and Mighty Jasper.

The gelding’s trainer Juanita McKenzie has always believed Major Callum had untapped ability but it has been his racing manners that have so far prevented him from realising his full potential.

“He’s a frustrating horse because he has ability but won’t go to the line,” McKenzie said.

“But now that he’s shown he can handle standing starts, we’ll have a look at the country cups with him,” she said.

Driver Ricky Duggan has partnered Major Callum at all of his starts this season and believes he needs to change his ways.

“The horse simply pulls up when he gets to the front,” Duggan said.

“He just puts the brakes on when left alone.”

“You can flick him up but it makes no difference,” he said.

Connections are keen to pursue a path to the country cups now that he has won from a stand.

“He baulked a bit when the tapes hit the ground next to him but then he stepped ok,” he said.

McKenzie said being competitive from standing starts is going to open up more options for Major Callum.