Crook produces another quality 2YO 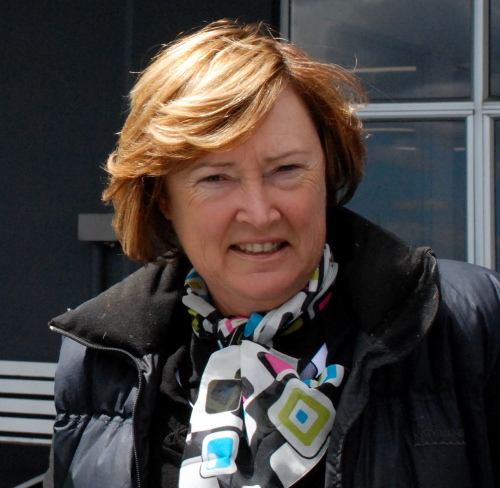 CAMPANIA trainer Chris Crook produced another potential star two-year-old today in the form of well- bred colt Here’s Kilandy Boy that gave his rivals a galloping lesson on debut in the Tasmanian Breeders 2YO over 1200 metres.

The son of Hatta’s Mill-Kilandy Princess (x Prarie Wind) relished the slow 7-rated track and when rider David Pires called on the youngster to extend in the straight he grabbed the bit and charged clear and went on to hit the line well clear of Shinto and first-starter Secuma (Umatilla-Sashimi Express).

Here’s Kilandy Boy ran home his last 800 metres in 49.60 that compared favourably with the sectional recorded by more experienced horses in later races over the same journey.

The colt is owned by Jim Scott who bred the colt that is by from Hatta’s Mill that stands at Scott’s Sorell property.

Crook has already produced Musqui that has won at his only two starts and both were by big margins under lights in Launceston.

Shinto made up good ground over the final 150 metres after being held up at crucial stages midrace and in the home straight.

Secuma also showed enough on debut to suggest he also has a future.

Crook made it a clean sweep of the first two races when Tuesdaynitedelight gave her rivals a galloping lesson to lead all the way in the Aceland Stud 3YO and Up Maiden over 1200 metres.

Once in front she cruised and left her rivals in her wake in the straight, scoring by over five lengths from Suspicious Gee Gee with master Joseph just under two lengths away third.

Tuesdaynitedelight has been threatening to win a race and now that the King Of Prussia-Classical Miss 3YO filly has broken her maiden status it wouldn’t surprise if she won another very quickly.