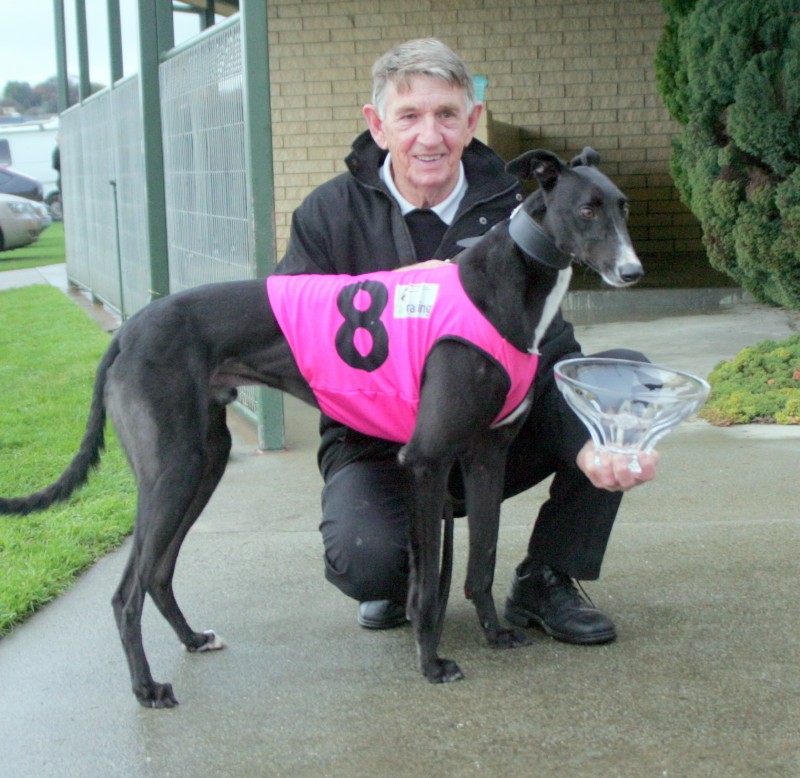 Young pup Dominator Girl looks set to keep her unbeaten record intact when she steps out in a juvenile event over 461 metres (race 1) at Tattersall’s Park in Hobart tonight.

The David Crosswell trained daughter of High Earner has blitzed her opposition in her only two starts in juvenile company at Launceston and Devonport respectively and this should be her first and only attempt at winning her juvenile on the Hobart circuit.

The lightly raced Skaife and Monster Mac look the likely dangers, if any.

Crosswell also has the flying Chicka Scott in Race 5 and he too looks a special.

Chicka Scott has won four of his last six starts at Launceston and Devonport.

The son of Surf Lorian has only raced in Hobart once but he should be too classy for his opposition with Hold On Coupe and In the Book likely to offer the most resistance.

The Mercury Silver Trophy Final winds up the quadrella and for the first time in a long while punters should get black figures on the champion Rewind, with young up and comer Cointreau Cap, after his strong win against the champ last week, likely to start favourite.

For all the latest tips and form analysis on the Hobart meeting – CLICK HERE.