Crystal Reef and Keukenhof to battle out Longford Cup 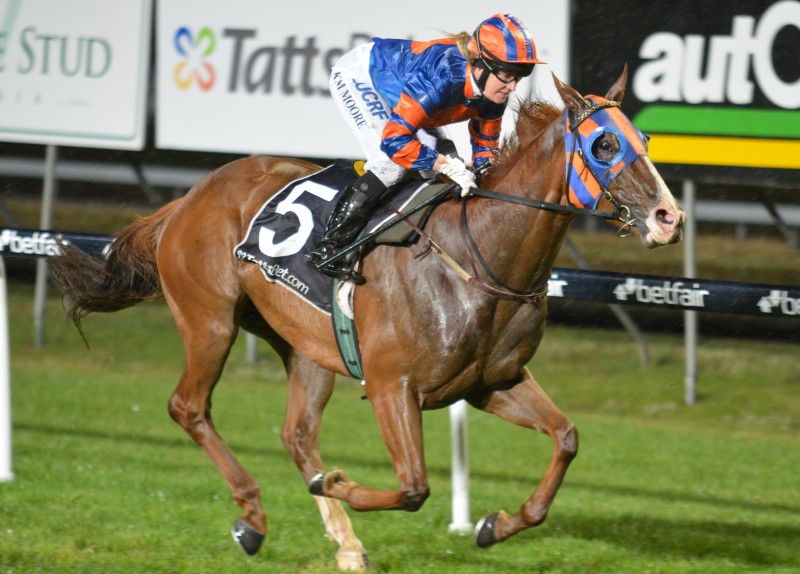 BOLD front-running galloper Crystal Reef is likely to start favourite when he steps out in the Jim Osborne Longford Cup over 1800 metres today.

Crystal Reef has been racing consistently over 1350 metres in his home track at Devonport and while he gets out to the 1800m for the first time this prep he has given the impression he would be ideally suited to a race such as the Longford Cup.

However his usual rider Kim Moore has accepted the ride aboard the Troy Blacker-trained Keukenhof that is a last start winner in Launceston with Moore aboard.

Crystal Reef’s trainer Craig Conron was quick to book claiming apprentice Rhagan Cross for the ride and she will reduce the gelding’s weight by two kilograms so he will only have to lug 58 kilograms.

Keukenhof was impressive in winning a strong benchmark 82 handicap over 1400m in Launceston last start and Blacker is as upbeat about his winning chances as Conron is about his front-runner.

“Keukenhof has done well since his last start win and the Longford Cup has pretty much been on his agenda since he came back into work,” Blacker said.

Keukenhof defeated O’Reillys Geegee and Lander Dollar with Lander Dollar proving the form good by scoring an impressive all-the-way win in the Sheffield Cup (1650m) at Spreyton on Boxing Day to book his berth in next week’s Devonport Cup.

John Blacker will saddle up Fillout the Ticket that is a last-start winner over Tasmanian Derby hopeful Geegees Classicboy in a BM62 Hcp over 1600m in Launceston two weeks ago.

The Scott Brunton-trained Cherry Dancer has been racing in top form of late and while she blotted her copybook last start when unplaced in a BM72 over 1600m in Hobart she has since been to the trials for an emphatic win and warrants respect on her best form.

None of the races will be shown on Sky but on-course Tote facilities featuring win, place, quinella and trifecta betting, will be available and bookmakers also will be fielding on course.