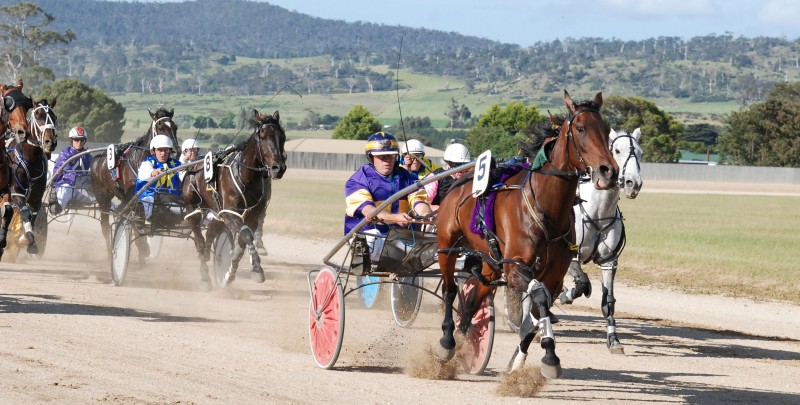 The $8,000 Vandenburg Transport Carrick Cup is the highlight of a big evening of racing and entertainment at Carrick Park on Saturday.

The St Marys and New Norfolk Cup winners Black Centurian (N13) and Musselroe Bay (N2) will be chasing more country glory but the race is loaded with talented pacers.

Driller Mac (N10) is having his second start this campaign after winning first up at Launceston on 28 December 2014. Prior to that, the 6YO gelding had won five straight as a late 3YO before an injury enforced two and a half year break.

The Carrick Park Pacing Club is conducting a promotion to win a virtual part share in one of the cup runners on the day.

The ‘owner’ of the winner, will receive a 5% share of the stake in cash.

All of the cup ‘owners’ will receive 10 free tickets for their friends and family to enjoy the day.

Check out the Carrick Park facebook page for more details.
Other attractions include fashions on the fields for all ages, both male and female.
Teams of five will compete for a $500 cash prize in the ‘Tug O War’ event. A celebrity pony race will feature Scott Brunton, John Blacker, Hayley McCarthy and Mick Burles – the trainer of The Cleaner.

There will also be a feature saddle race for the pacers, free face painting and jumping castle and Peter Gilligan will call the races