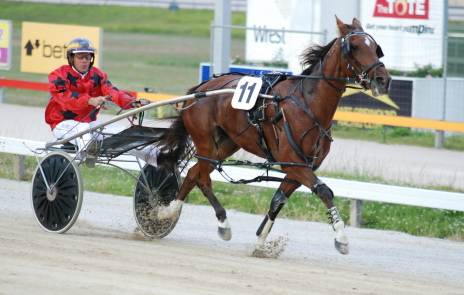 Rose was driven positively by Rohan Hillier who made a lightning move midrace to assume control and when he released the brakes turning for home the mare bust well clear and went on to score by 3-1/2 metres from Shakes Gold with he’s No Saint the same margin away third.

Burgess said the Reece Memorial was the race earmarked for his mare three months ago.

“It’s nice to win a race that you set a horse for and this is ne race that a lot of trainers want to win,” Burgess said.

“I’ve been a Labour man (political persuasion) for a long time and Eric Reece was probably one of this state’s most popular premiers,” he said.

Dalmont Rose (Life Sign-Dalmont Jo) has emerged as a promising mare with this her second win from five starts this preparation and she also has been placed twice.