Damek a star on the rise 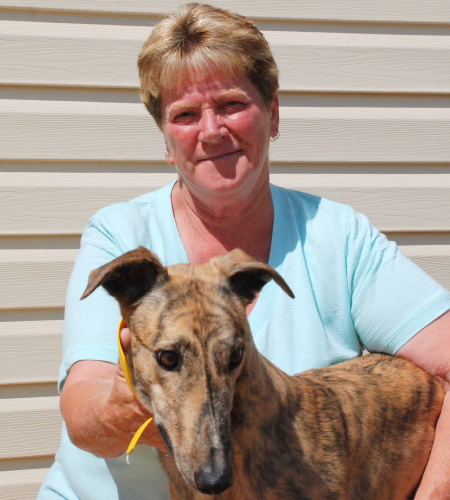 TASMANIA has produced a few greyhounds in recent years that have made their mark on the national stage including litter siblings Chinatown Lad and Fallen Zorro.

While the dynamic duo from the Shane Whitney kennel knocked up winning Group races in 2008 neither showed as much promise at a young age as the future superstar Damek.

If Damek stays sound and makes steady progress then he has the potential to take the nation by storm.

Damek is unbeaten from four starts with his first three wins on the Hobart circuit comprising a qualifying heat of the Hobart Maiden Thousand followed by a 12-length win in his semi-final and he scored by almost seven lengths in the final and all in sub 26.20 times which is usually only produced by top grade performers.

But it was the Eileen Thomas-trained dog’s latest win at Devonport that had the industry abuzz with excitement.

The great Lilli Pilli Lad holds the 452-metre track record at Devonport at 25.13, a record that Tasmania’s greyhound racing expert and historian Greg Fahey once said “would never be broken”.

Fahey now believes Damek is a genuine chance to threaten the 452-metre benchmark.

Damek (Big Daddy Cool-World’s Finest) is owned by Peter and June Phillips who bred the litter of six.

They sent Damek and litter brother Daegan to Invermay trainer Eileen Thomas who now has the task of preparing arguably the most promising greyhound to grace our tracks in decades, while Daegan is already a multiple winner.

“I think Damek is one of the most exciting greyhounds in years and while it is great to have him in the kennel it is also very scary,” Thomas said.

“I worry about all of my dogs when they race, hoping they all get around safely, but it is particularly worrying with Damek because he is such an exciting prospect,” she said.

Thomas is no stranger to training top grade chasers as she prepared Collica to win a Group 3 Devonport Cup.

“I have had some good dogs over the years and I suppose Collica was the best until Damek came along.”

“The thing that makes Damek so exciting is the times he’s producing.”

“To go within a couple of lengths of Lilli Pilli Lad’s record at Devonport at his first start on the track was mind blowing.”

“I can’t repeat for publication what I said when they told me what time he’d run at Devonport because I was flabbergasted.”

“The dog will probably have to improve his box manners when he gets up top grade because he is not the quickest beginner but I’m expecting that to improve with experience,” she said,

The owners of Damek have resisted the temptation to send the dog to Victoria to contest a heat of the Launching Pad series at SandownPark next week.

“We had a look at the Launching Pad series because there’s decent prize money on offer but we’ll stay at home and get him ready for the Launceston club’s Breeder’s Classic series next month,” said owner-breeder Peter Phillips.

Meanwhile Damek will have his next outing in a grade five event at Devonport next Tuesday where all eyes will be on the clock.