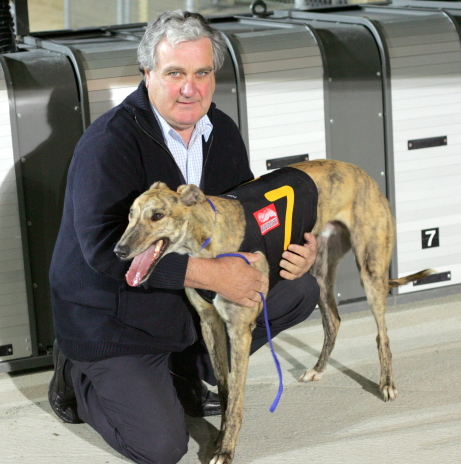 Damek began only fairly from box eight but as is customary with the Peter Phillips-trained dog he mustered speed quickly and had the front before they reached the top turn.

Once on the lure he sped clear and went on to score by 7-1/2 lengths with is his average winning margin at Devonport.

Damek is unbeaten from 11 starts on the track and his record overall in Tasmania stands at 38 wins from 42 starts. He also has 10 wins from 11 tries in Launceston with the balance of his wins at Tattersall’s Park in Hobart where he has blitzed his rivals 17 times.

Damek will line up in a state heat of the National Sprint Championship series in Launceston next Monday night.

He has drawn box eight in the third of three heats.