Dance Of The Deity gets free hit at Tasmania Cup 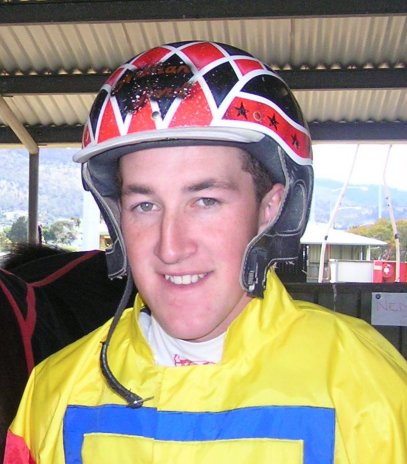 TALENTED young trainer-driver Nathan Ford was not in the good books with punters who wagered on the 10-event card in Launceston on Sunday night.

Ford delivered a knock-out blow to most punters when he guided rank outsider Dance Of The Deity to a stirring victory in the City of Launceston Cup over 2698 metres at The TOTE Racing Centre.

The six-year-old entire was sent around the $78 bolter in the field of eight but he won like an even money chance.

Dance Of The Deity has won three feature races this year at big odds with his other wins coming in the Devonport Cup in March and the Launceston Mile more recently.

Ford had the stallion settled off the pace in the one-out line but when Ford eased him out to make his charge Dance Of The Deity unleashed a powerful sprint to run down Our Sir Jeckyl over the concluding stages to score by a half-head.

Ford, who has only been training for just over a year, has guided Dance Of The Deity to three feature race wins and all have been at huge odds.

“He didn’t deserve to go around at $78 because with the exception of the race favourite Tanabi Bromac my horse beat home most of the rest of this field in the Launceston Mile,” Ford said.

“My only concern during the race was that I settled one spot further back than we did in the Launceston Mile.”

In the Launceston Mile Dance Of The Deity enjoyed the run of the race in the one-out-one-back position but on Sunday night he was one-out-two-back.

“I wasn’t sure whether my horse would be able to run over the top of them from where we were in the run but the longer distance helped,” Ford said.

The win gave Dance Of The Deity ballot-free entry into the $40,000 Tasmania Cup in Hobart on January 1.

“He’s exempt from the ballot now (for Tasmania Cup) so we’ve got to have a go at it,” Ford said.

While Dance Of The Deity deserves his place in the Tasmania Cup, as does Our Sir Jeckyl, there must be a cloud over the credentials of Tanabi Bromac based on this latest effort.

Tanabi Bromac worked around the field early to face the breeze but he was unable to sustain his run when the pressure was applied in the home straight and he tired to finish fifth.