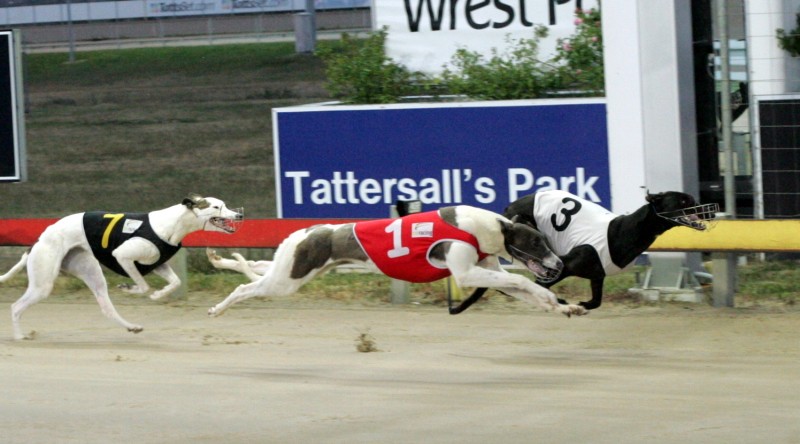 WELL BRED pup Dashing Roman produced one of the best efforts on the card at Tattersall’s Park in Hobart last Thursday night to confirm she has above average ability.

The Paul Hili-trained bitch led the field in a juvenile-graduation over 461 metres and looked set for victory at the top turn.

But when improving bitch Marta moved alongside and forged to the front it looked as if Hili’s bitch might have run her race.

But Dashing Roman refused to wilt and fought back to regain the lead close to home and went on to defeat Marta by a neck with Shanlyn Pearl almost two lengths away third.

It was a courageous win and one that pleased her owner-breeder Terry Penny.

“I was delighted with this win because she showed a lot of courage to regain the lead,” Penny said.

“When she got headed I was hoping she would battle on and run second but she really dug deep and that is a very good sign.”

Penny and his wife Betty bred the bitch from their former star Miss Roman Nose that along with her kennel mate Clyde’s Angel won 33 races between them as well as 31 minor placings for combined total prizemoney of $107,000.