Davcon ready for the main event 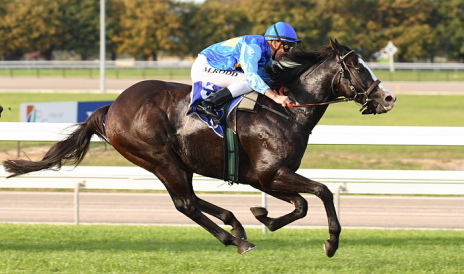 VICTORIAN trainer Heath Conners is hoping for a genuine dead track on Wednesday to give his AAMI Launceston Cup hope Davcon an increased chance of winning the $225,000 Group 2 event over 2400 metres.

Davcon was a game third in the AAMI Hobart Cup over 2200 metres last Sunday but Conners believes the six-year-old gelding will be better suited to the extra 200 metres.

“There is no doubt this horse is better when the tracks are rated a genuine slow but he is still very proficient on dead rated surfaces,” Conners said.

“We were surprised how well he raced in Hobart because by the time the Hobart Cup was run the track was probably racing as a good three.”

“For him to finish off like he did and pull up so well probably was due to the good grass cover,” he said.

Davcon has won only four races in 43 starts but he also has notched a dozen minor placings of which three have been in Group or Listed races.

Davcon returned home to Conners’ Geelong stables after his Hobart Cup effort and the gelding is due to return to Tasmania tonight (Sunday) to prepare for his next Tasmanian mission.

Davcon is rated a $10 chance to win the Cup according to fixed odds provider SportsBet.

Hobart Cup winner Bid Spotter is ruling favourite at $4.80 with red Buttons next best at $5.50.

The Darren Weir-trained Streaky Fella won the Port Adelaide Cup last week to warrant him being on the next line of betting at $6.50 with last week’s AAMI Hobart Cup favourite Dream pedlar, that finished fifth in that race, next best at $7.00

Listen to what trainer Heath Conners’ had to say about Davcon – click here .