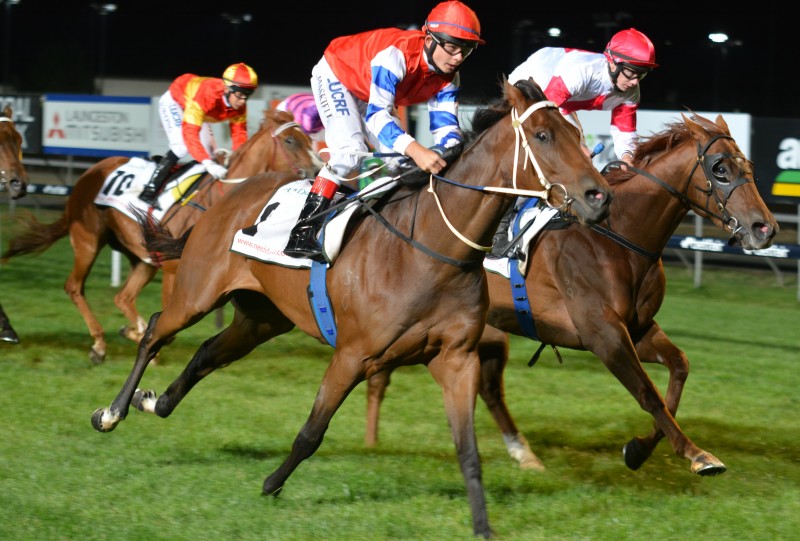 STEVE DAVIS has earned a reputation as a master horseman evidenced by his success in training horses in two codes.

While he has been predominantly focused on harness racing his foray into thoroughbreds led to him training a double at The TOTE Racing Centre in Launceston on Wednesday night.

Davis prepared Western Front to win the Admiral Class One Handicap over 1420 metre to give 15-year-old apprentice Kyle Maskiell his first double, having won aboard Frolicked earlier in the night, and Davis ended the night well when his lightly raced four-year-old mare Alsa Doll rattled home to win the last race on the eight-event card.

Western Front has been promising to win a race for ages and while it was not a total surprise the four-year-old gelding delivered a knockout blow to most punters as it was the first leg of the quadrella and he paid $36 after as much as $51 was offered with fixed odds operators.

Maskiell was delighted with the result but admitted he had the gelding placed further back in the field than he had planned but he was very pleased with the way the son of War Pass let down in the straight.

Victorian non-claiming apprentice Damian Thornton was aboard Alsa Doll ($11.20) and he too said the mare was outstanding in he home straight.

Alsa Doll (Savoire Vivre-Almecca) had been thereabouts at her past three starts and was due to break through.

Davis also saddled up Leigh John in the Gee Gees Top Notch 3YO and Upwards Maiden Plate (1220m) and he did a good job to run on and finish third behind Sentry Duty.