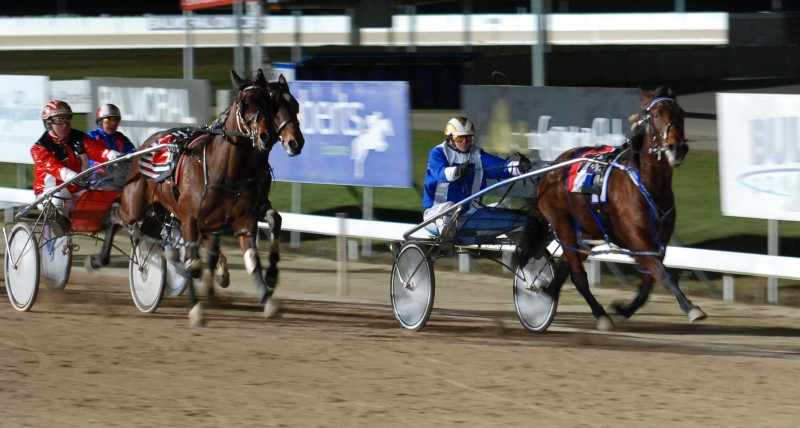 VETERAN Tasmanian harness racing trainer Brian Stanley knows a good two-year-old when he gets his hands on one and the latest to show promise in his care is his well bred filly Days Like This.

Days Like This (Artistic Fella-Lucyna) notched her second win when she triumphed at The TOTE Racing Centre in Launceston on Sunday night in the Cliff Robins Memorial (2C0-2C1) over 1680 metres.

The filly was well handled by experienced reinsman Rohan Hadley who allowed her to circumnavigate the field early in the race to roll to the front which negated her outside second-row draw.

Once in front she travelled sweetly and then found when challenged seriously in the home straight to go on and score by 1-1/2 metres from Fundamentalist that trailed the winner with Tiz A Jamane over two metres away third ahead of Isthatyoujimmy that was doing his best work at the business end of the race.

Stanley explained that he had to take his time with the filly owing to her being quite wayward when she first came into work.

“She is a half-sister to Palmisano that was a very good two-year-old a couple of seasons back but she was not as switched on as him at this age,” Stanley said.

“I have no doubts that in time she will be a very nice horse,” he said.

“She does a few things wrong but she definitely has a bright future,” Hadley said.

Days Like This has started five times for two wins and as many minor placings, failing only on debut when fifth of six  behind Blackjackhanover, beaten about 11 metres.

Stanley’s broodmare Lucyna has only produced the two foals to race with her first, by Art Major, failing to get to the track while her third foal by Artistic Fella died.

She has a rising yearling full brother to Palmisano and Stanley is hoping he can emulate the feats of his now four-year-old brother.