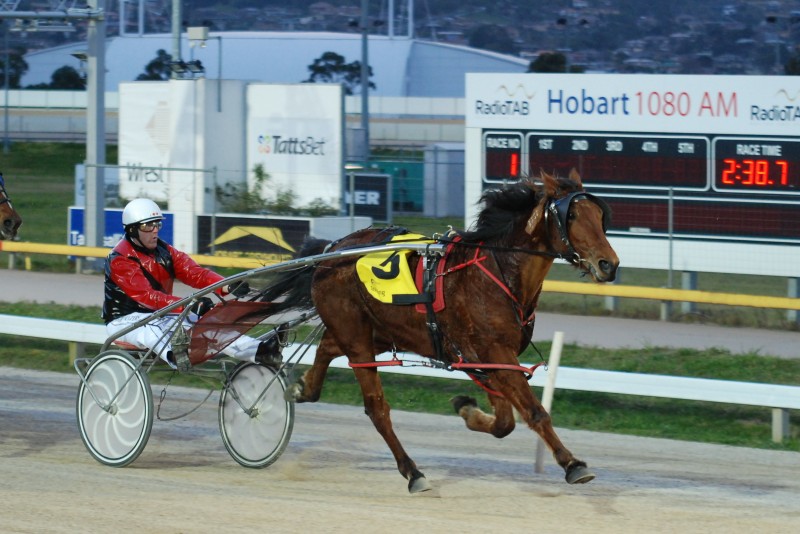 KARALTA DAZZLER will be attempting to make it five wins in succession when he steps from the pole position in the Get Well Gareth Rattray Stakes over 2200 metres at The TOTE Racing Centre in Launceston tonight.

The Kent Rattray-trained three-year-old has been in stunning form these past months notching four wins and three seconds from his eight starts this time in.

From the pole position he should have enough early speed to hold the front and if that eventuates he should be very hard to run down.

H will be partnered by the trainer’s son Wade Rattray who is proving he could have a bright future in the cart like his cousins, Gareth, Todd and James Rattray.

It would be a fitting result if Karalta Dazzler wins the race as it (race) is named in honour of Gareth Rattray who is still on the sidelines following major surgery.

Cardinal Spec can get punters off to a flying start tonight if his driver Ricky Dugan can find clear racing room at the business end of the opening event on the 11-race program.

For Jamie Cockshutt’s tips and form analysis on all races CLICK HERE.