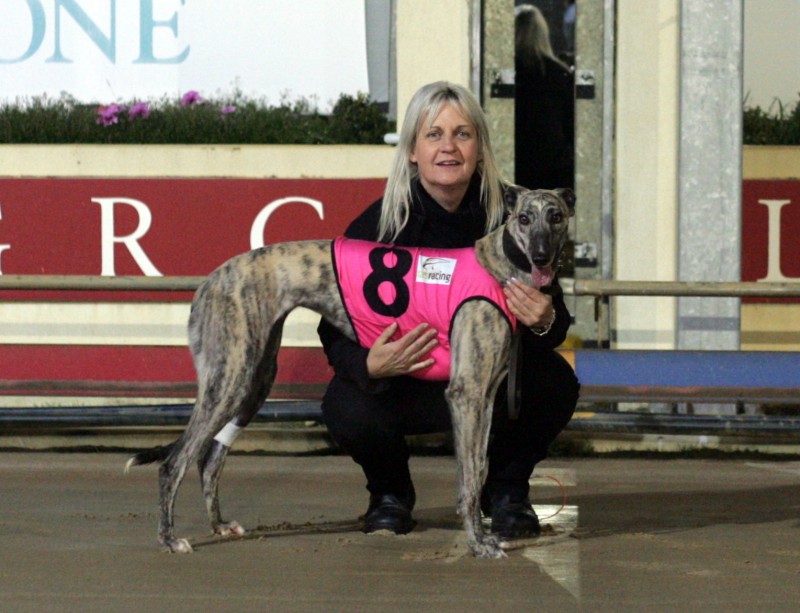 TALENTED sprinter Demi Cali appears to reserve her best form for feature races and that was the case tonight when she ground out a courageous win in the $14,0000 Illingworth Classic over 515 metres at The TOTE Racing Centre in Launceston.

The Ted Medhurst-trained bitch has been very consistent since she stepped out for the first time eight months ago winning half of her 20 starts and she also has notched eight minor placings wit her other feature win coming in the Gold Collar final also staged on the Launceston circuit.

Demi Cali began brilliantly from box eight but she didn’t have enough speed to cross her kennel mate Dark Vito (7).

When they crossed down to the fence they sped clear but in their wake Demi Cali’s litter sibling and race favourite Prescribe suffered severe interference that ended his chances at the first turn.

Dark Vito hugged the rail and looked to be holding Demi Cali but when the Debbie Cannan-owned bitch knuckled down to her task turning for home she edged clear and held on to score by a half-length from Dark Vito with Posh Fire running on hard to cut Bruny Venture out of third place.

It was a special win for Cannan who trained St Pierre, the sire of Demi Cali, to win an Australian Cup and a Devonport Cup.

She is from a very good litter and given she is lightly raced the bitch can look forward to more feature race wins.