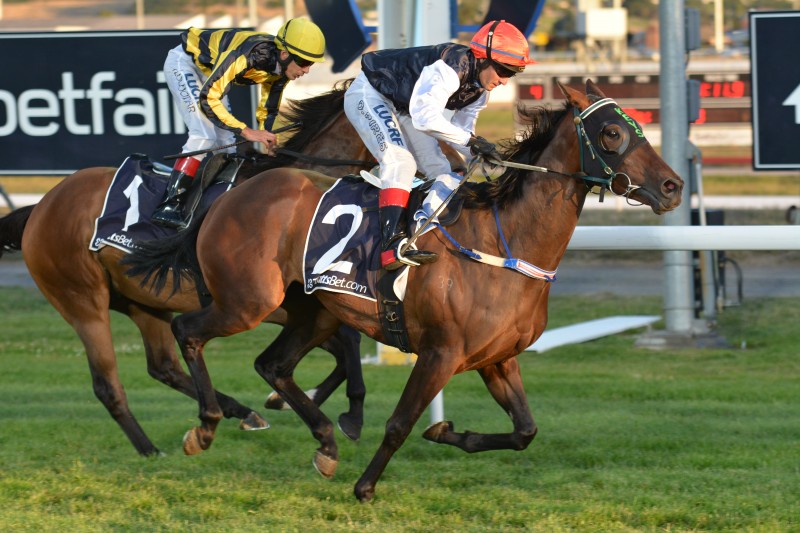 LIGHTLY raced three-year-old Demons Run looks set to live up to the high expectations of his owners following his maiden win at The TOTE Racing Centre in Launceston on Wednesday night.

The Scott Brunton-trained gelding is by Savoire Vivre from the well performed ace mare Lekitama.

The gelding was always raveling well in the run in the front half of the field but when rider David Pires called on him at he top of the home straight he was at first hesitant to let down.

But when the rider sowed some vigor and the gelding became balanced he quickly put the end result beyond doubt and went on to score by almost a length from Leigh John that fought on doggedly when challenged by the winner 100 metres out. Helera stuck on gamely to finish third ahead of the well-backed favourite Chelsarli ($2.50).

Trainer Scott Brunton said he was thrilled that Demons Run had developed into such a talented galloper.

“We had this horse’s half-brother Ineptocracy that showed enormous potential but went amiss after only five starts,” Brunton said.

Like Ineptocracy, this mare is out of Lekitama, a former star mare from the Brunton stable.

It was the second leg of a double for Brunton who also prepared Rose of Innocence to win the benchmark 62 handicap over 1600 meters.

With Victorian jockey Jarrod Todd in the saddle, Rose of Innocence was sent around the field 600 metres out and continued that run to the line scoring by 4-1/2 lengths from the favourite Geegees Baritone.

Rose of Innocence was having her first start for Brunton and she was heavily backed with fixed odds operators firming from $51 to $31 late in betting.