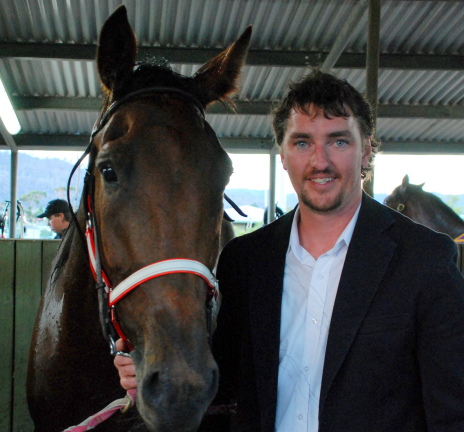 TALENTED trainer-driver Justin Campbell was all smiles in Launceston last Sunday night after his promising two-year-old Damitsam scored a game win in the Cliff Robbins 2YO over 1680m.

Damitsam had been competitive in some of the better feature 2YO races earlier this season without winning but he appreciated the slight drop in class to emerge with his first win.

The win continued the good run by Campbell’s stable that had been struggling to fond the winner’s circle.

“I had a pretty lean run there for a while so it’s good to start getting some winners again,” Campbell said.

Damitsam was only fairly away but a midrace decision by Campbell to send his youngster around the field to face the breeze proved to be a winning move.

The gelding gained the upper hand in the home straight and then staved off a challenge from the fast-finishing Lonesome Kid.

“This horse is only small and I don’t think he’s going to get too much bigger but he tries hard and that’s probably going to win him more races,” Campbell said.

“I started him in all the good 2YO races, which was probably a bit hard, but you’ve got to be in them to win them,” he said.