Deverell and the Moose inducted into Hall of Fame 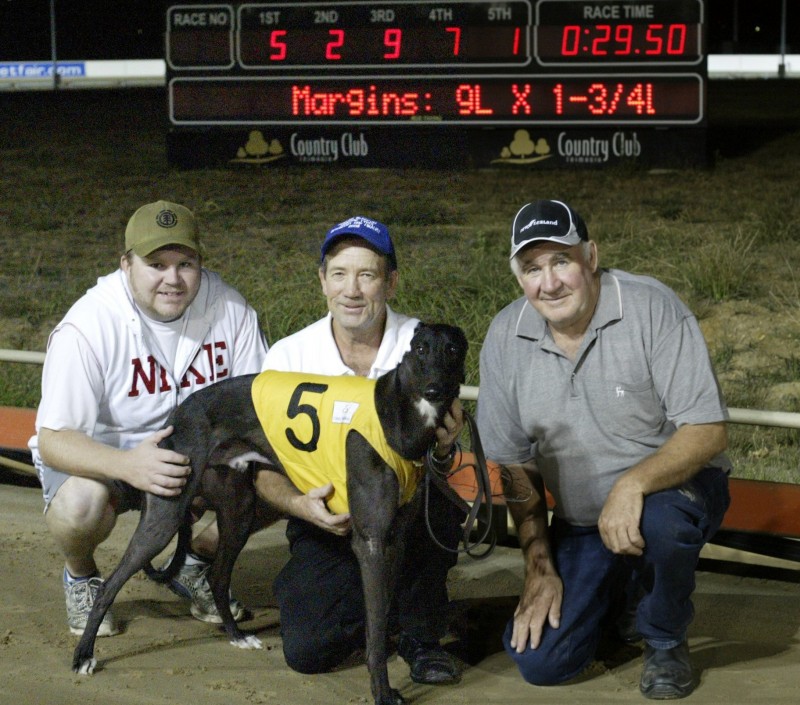 POPULAR trainer-breeder Steve “Butch” Deverell had the highest honor bestowed upon him on Saturday night when he was inducted into the Tasmanian Greyhound Racing Hall of Fame.

“I’ve had success in some good races but being inducted into the Hall of Fame is the best thing that’s happened to me during my racing career,” Deverell said.

“I found out about it about two months ago and it blew me away because it is the highest accolade anyone can have bestowed on them in this caper,” he said.

Deverell has enjoyed much success over the years and is a deserving inductee into the Hall of Fame but what made his induction more special was that his favourite dog Big Moose also was inducted this year.

“Big Moose was the best dog I’ve trained so far because it takes a specials god to win 50 races from about 86 starts and he won at the top level.”

“The dog now stands at stud at his owners’ place (Brian and Justin Crawford) at Ulverstone and every time I visit he knows the sound of my car and he makes such a fuss as I’m driving up the driveway – he’s a marvelous animal,” he said.

During his training career that spans 45 years Deverell has achieved much any prepared many top class chasers and while Big Moose stands out as the best he also had some other more than handy performers.

“Miss Coroneagh was a tremendous staying bitch that won in three stats and she twice represented Tasmania at the National Distance Championships.”

“And Blue Stream was also a good bitch that won a Tasmanian Distance Championship and broke the distance track record in Launceston but she was only tiny weighing in at around 22 kilograms.

While Deverell was thrilled to take his place amongst the elite in the Hall of Fame another popular participant from the North-West Coast, Gary Sutton also was inducted.

Sutton was rewarded for his tireless work with the Devonport club and he also was one of the best and most respected race callers of greyhounds to stand in front of a microphone.

He served in a variety of roles with both club and the administrative body over a period spanning four decades.

Sutton has been a trainer, owner, race caller, chairman of the North-West Greyhound Racing Club and long serving committeeman of the same club.

This year also saw Chinatown Lad inducted. With sister Fallen Zorro, Chinatown Lad dominated staying races across Australia in 2008 and was runner-up in the national greyhound of the year award.  For the majority of his career, Chinatown Lad was trained by Brighton based Shane Whitney.