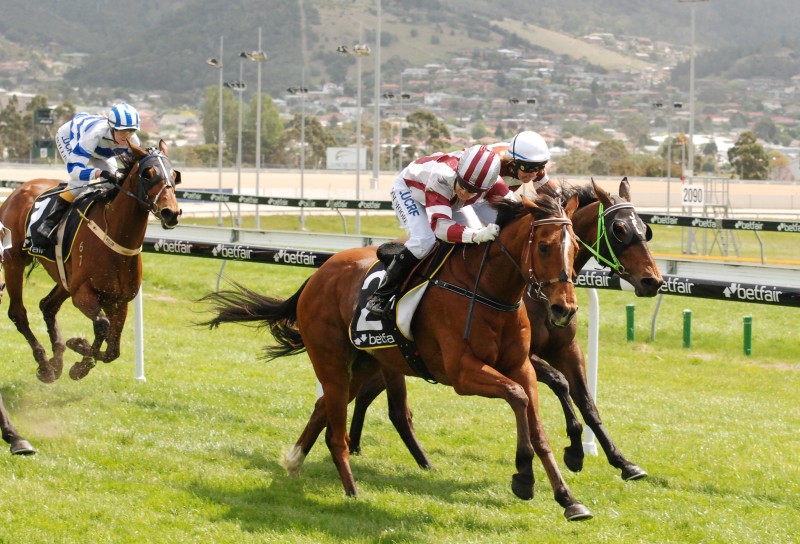 FORMER Victorian gelding Lingo made it two wins in the space of three days when he powered home to score a game victory in the THA Benchmark 82 Handicap over 2100 metres at Tattersall’s Park in Hobart today.

The Craig Conron-trained five-year-old scored an impressive win in Launceston on Wednesday night and after that win the trainer suggested he might back him up in Hobart.

“He pulled up well from Wednesday night so I thought we may as well progress to this race and I am very glad we did,” Conron said.

Lingo settled fourth in the field of five but at one stage down the back straight he was a dozen lengths from the tearaway leader Hold True that looked to be travelling like a winner when he turned for home.

But under strong riding from Kim Moore, Lingo ground down the leader and hit the line a half-length clear of Hold True with that horse’s stablemate Can Get Thirsty the same margin away third.

The well backed Weekend Winner (Bulent Muhcu) that was last throughout, made up some ground late to finish fourth but was a shade disappointing.

Lingo was backed in from $2.80 to start the $2 favourite while Weekend Winner opened at $2.05 but drifted late to $2.80 when the money came for the eventual winner.

Conron said he is hoping to aim Lingo at the Devonport Cup in January and will target the Sheffield Cup as the gelding’s main lead-up race.

“The Devonport Cup is my main target with this horse, in fact that’s the race I had in mind when I bought this horse from Melbourne,” he said.