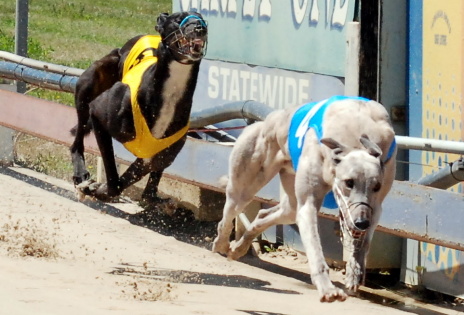 The Racing Services Tasmania Grading Panel, consisting of the Director of Racing, the Grader, and the Chairman of Stewards, has determined the top four seeds for the Group (2) Country Club Tasmania Launceston Cup heats.

In no particular order, the seeded greyhounds are:

ST. PIERRE – This Tasmanian trained greyhound has had 56 Starts for 18 wins and won over $76,000 in prize money. This year he won the Group 3 Devonport Cup Final.

POSH DI – This greyhound has had 66 Starts for 26 wins and has accumulated over $62,000 in prize money. She has won her last 6 races at Launceston and has been racing over all three distances.

RUMBLE MISSILE – This greyhound was placed 3rd in the $50,000 Group 1 Silver Chief Final and has an impressive record of 22 Starts for 5 wins, amassing over $23,000 in prize money.