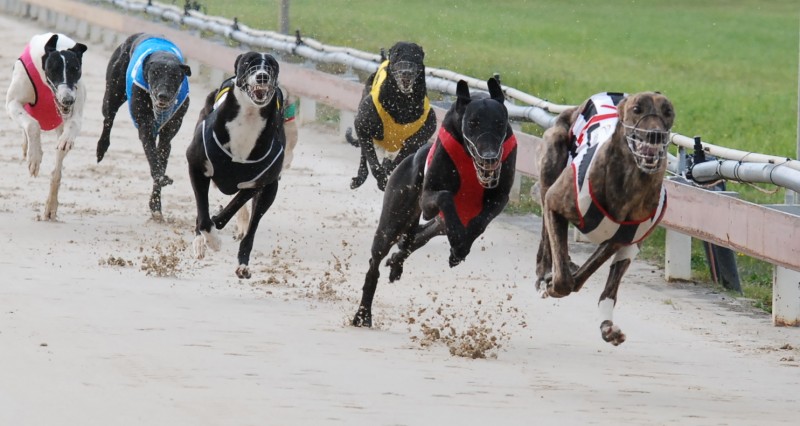 UNDERRATED greyhound Dilston Fencer (Knocka Norris-Dilston Jewell) made up for a couple of unlucky efforts in recent weeks with an emphatic win in a strong grade four event over 452 metres in Devonport on Tuesday.

Dilston Fencer showed his liking for box two to find the early lead and held sway to the top turn while the well-backed favourite Tadmore Dunoon was left to try and find a passage through the field after beginning only moderately from box one.

Dilston Fencer extended his lead and had the race in his keeping at the top of the home straight, although Tadmore Dunoon tried hard to make a race of it going down by just over a length.

It was Dilston Fencer’s third win on the track from four tries and his fourth career win.

The Neville Allison-trained dog had been placed second at his two previous outings in Hobart in grade five company so he deserved a change of luck.

Meanwhile one of Allison’s former kennel stars I’m A Fencer has been retired to stud.

I’m A Fencer (Go Wild Teddy-Wooreddy) clocked some sensational times on al Tasmanian tracks with a 29.67s his best in Launceston while he clocked 25.41 on the Devonport track and 26.16 from limited outings on the Hobart track.

he was successful interstate with a 29.48 his best winning time at Sandown (515m) in Victoria and he also won at The Meadows clocking 30.32 over the 525m.

I’m A Fencer ended his racing career with 26 wins and nine minor placings from 61 starts.

He broke the track record on the straight track at Healesville over 350 metres at his first try on the circuit in a heat of the Group 2 Healesville Cup and he ran second in the final the following week.

He was regarded as one of the quickest dogs to grace our tracks in recent times. He was one of seven pups of which six raced and they all notched multiple wins.

I’m A Fencer was the standout but Dennes Point won six of his 12 starts and Break Even had 40 starts for 11 wins and 13 minor placings.

Two from the litter Lennonville and Cheverton were sold to New Zealand where they won 14 races between them.

I’m A Fencer, owned by Kingsley Jarman, will stand at Susan Gittus’ Ferraro Park Kennels at Brighton for a stud fee of $550 including GST.