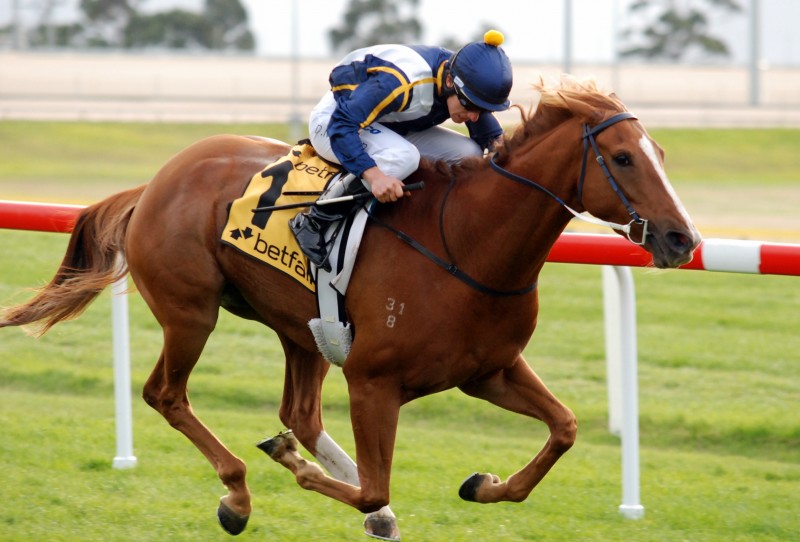 A DECISION to drop back significantly in distance paid big dividends for the connections of handy four-year-old Tiger Jack.

The Peter Brazil-trained gelding scored an impressive win in the Bam Bam Memorial Class 2 Handicap over 1100 metres at Tattersall’s Park in Hobart on Sunday.

With apprentice David Fisher in the saddle, Tiger Jack stalked the leaders to the home turn and courtesy of a dream inside run the flashy chestnut gelding careered away from his rivals over the concluding stages to win comfortably from Hailed and Reach The Moon.

Fisher’s three-kilogram claim ensured the lightly framed gelding was not burdened by too much weight, according to trainer Peter Brazil’s stable foreman Troy Atkin.

Tiger Jack (Kempinsky-lady Ambassador) had been racing over 1600m and 1400m at his five previous outings without success but it was a gamble dropping back so significantly in distance.

The favourite Captain Kidd showed his customary early speed to lead and looked to be travelling like the winner turning for home but when rider, stable apprentice Ismail Toker, asked for the supreme effort in the home straight the gelding found nothing and faded to finish a distant fifth beaten seven lengths.

Listen to what stable foreman Troy Atkin had to say about Tiger Jack’s win – CLICK HERE.