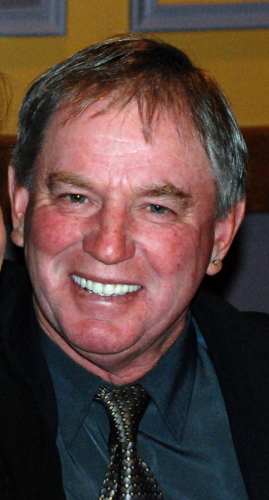 IT’S hard to believe Dodgermemate has taken so long to win a decent feature race.

But in Launceston on Sunday night the Geoff Smith-trained five-year-old scored an impressive win in the $10,000 Doug Martin Danbury Park Cup over 2698 metres.

With experienced reinsman Keith Toulmin in the sulky, Dodgermemate faced the breeze outside of race leader Ulos before surging clear in the straight and had enough in reserve to stave off challenges from eventual placegetters Armbro Spur and Dance of The Deity.

Dodgermemate went into the race with 11 wins and over $60,000 in prize money but he had only managed to triumph in class races.

“I thought he’d run well tonight because he should have won in Hobart at his previous start,” Smith said.

“He lost 30 metres at the start when another horse squashed him against the fence then, after catching them, he couldn’t get a clear run and went to the line hard held on the fence,” he said.

Dodgermemate has been a good money spinner for Smith who bred the Time Stands Still gelding that was passed in at the Tasmanian Yearling Sale when the bids stopped at $4000.

With the Danbury Park Cup safely in his keeping, Smith has turned his attention to next Sunday night’s Hobart Pacing Cup heats.

His plan is to get Dodgermemate into the Hobart Pacing Cup final and then head to the Group 1 $100,000 Wrest Point Tasmania Cup that will be run as a mobile instead of the standing start format that has prevailed for the past six years.

Dodgermemate had been out of the draw in standing start races but he has been reinstated which smith believes makes him a serious contender in the Hobart pacing Cup and other races during the V75 Harness Carnival that kicks off in Devonport on Sunday week.