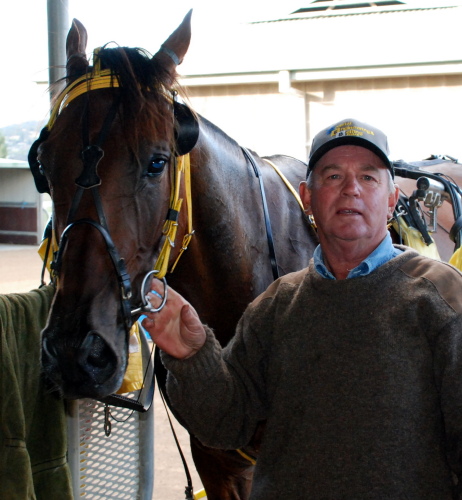 ONE of last season’s better three-year-old pacers Dodgermemate has been on a winning spree of late and none have been better than his effort to win The TOTE First 4 final over 1609m at Tattersall’s Park in Hobart last night (Sunday).

With experienced reinsman Keith Toulmin in the cart, Dodgermemate ($6.10) showed brilliant gate speed to cross from gate five and lead and he was untroubled to lead throughout and score comfortably.

He defeated the favourite Pans Illusion ($1.80) by four metres with Pacific Union over two metres away third.

Dodgermemate was coming off a luckless third in Devonport which followed successive wins in Launceston in C4-6 company.

The Time Stands Still gelding went through a bad patch of form but he has emerged from the form slump in November-December with a vengeance this year.

“I don’t think the horse is going as well as he was at this time last year but he’s getting close to his best,” said trainer Geoff Smith.

“I’ll wait and see how he pulls up but if everything is in good order then I’ll nominate him for next Sunday’s Devonport Cup and hope he gets a run,” he said.

Listen to what trainer Geoff Smith had to say about Dodgermemate’s performance in Hobart on Sunday night – click here .