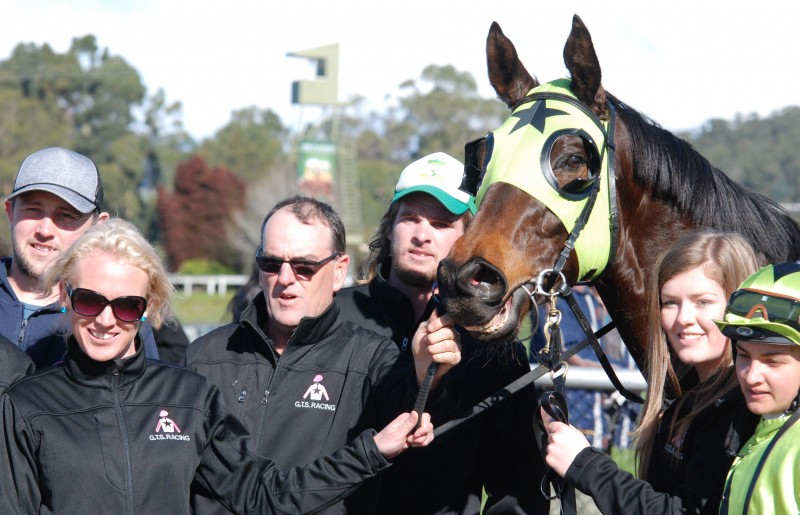 Wesley Vale trainer Glenn Stevenson will get a good guide to the summer prospects of his former New South Wales stayer Dollar Dan at Elwick on Sunday. Dollar Dan will step up to 2100 metres for the first time since arriving in Tasmania when he contests the St Virgil’s College Benchmark 72 Handicap. Stevenson believes the six-year-old has the potential to contest some minor cups this season but, just how high he aims, could depend on Sunday’s performance.

Although he’s won only two races, including a class 1 plate at Spreyton three starts ago, Dollar Dan has performed well at a higher level. In March, when trained by Tim Martin, he finished second in the $36,000 Armidale Cup, an open handicap over 1900m. However his overall form didn’t warrant staying in a city stable and he was later put on the market.

‘‘A mate of mine put me onto him but when I first made inquiries about buying him they wanted $20,000 and we weren’t prepared to pay that much,’’ Stevenson said.

After winning at Spreyton, Dollar Dan stepped up in class to a benchmark 72 race and finished off strongly when seventh to Hell Strong. His latest effort was a good second to Skip To The Moon in benchmark 62 company at Elwick a fortnight ago. Apprentice Georgie Catania, who rode Dollar Dan to his only Tasmanian victory, will be back in the saddle on Sunday. The Tasmanian Racing Club has a nine-event program starting at 12.23pm.