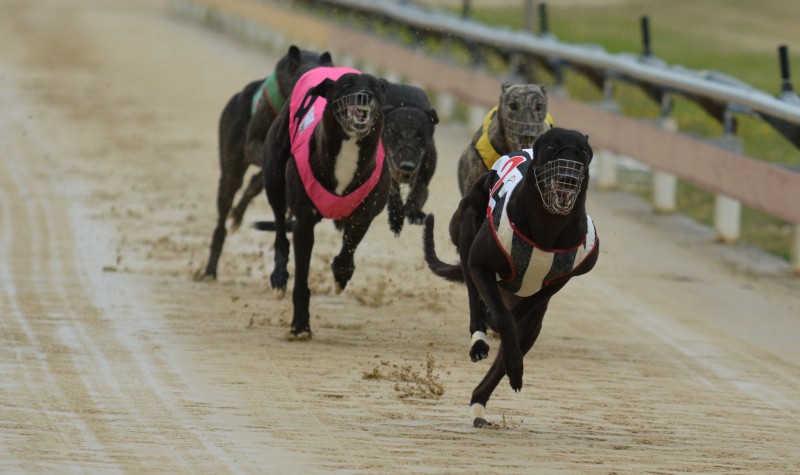 DOMINATOR GIRL proved again why she is one of the better sprinters in the state with an emphatic win in the Angus Evans Memorial (Devonport Cup Consolation) over 452 metres at the Devonport Showground yesterday.

The Paul Hili-trained bitch began well from box two and proceeded to give her rivals a galloping lesson scoring by over two lengths from the odds-on favourite Sing The Song with Heliski almost a length astern.

Dominator Girl represented Tasmania in the National; Sprint final last year and while she failed to flatter in the final she was not favorably drawn in that event.

Her form late last month was ordinary but Hili had her in good order for her Devonport Cup heat but she ran into Breaker’s Tip that was one of three Gary Fahey-trained pups that made it into the final so she lost no admirers for finishing second to that talented dog.

Dominator Girl has won 10 times from her 35 starts with 11 minor placings contributing to her career stake earnings of $21,000.

Hili is likely to progress her to the Group 2 Launceston Cup with heats to be run at The TOTE Racing Centre on February 9 with the final a week later.