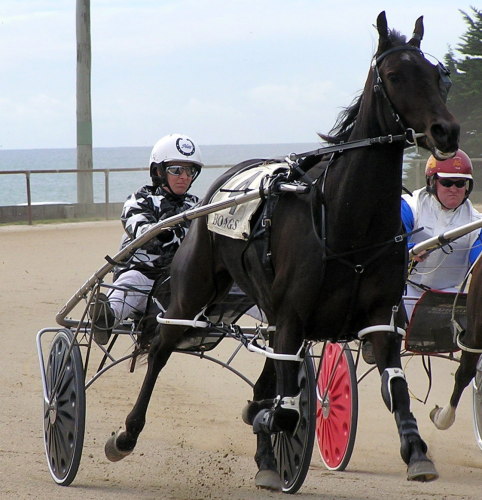 EVERGREEN pacer Dontfencemein was rewarded for his consistency last season by being named the Launceston Pacing Club’s horse of the year.

The title is awarded for performances on the Mowbray track only with the gelding’s win in the $25,000 Golden Mile and two seconds, of which one was in the $40,000 Easter Cup, good enough to secure the award.

While racing in Tasmania the nine-year-old was prepared in the North-West by Adam Emery and his wife Natalee partnered the veteran in most of his outings.

Dontfencemein was chosen by a panel of judges from four contenders that also included Yakuza, Angus McGregor and SkyTower.

The LPC’s other awards that were announced at last night’s LPC annual general meeting, were based on points-score basis from performances on the Mowbray circuit during the 2008-09 season.

Globe Derby Stakes winner Underdog was named top three-year-old and Arundel was a clear winner in the best mare category.